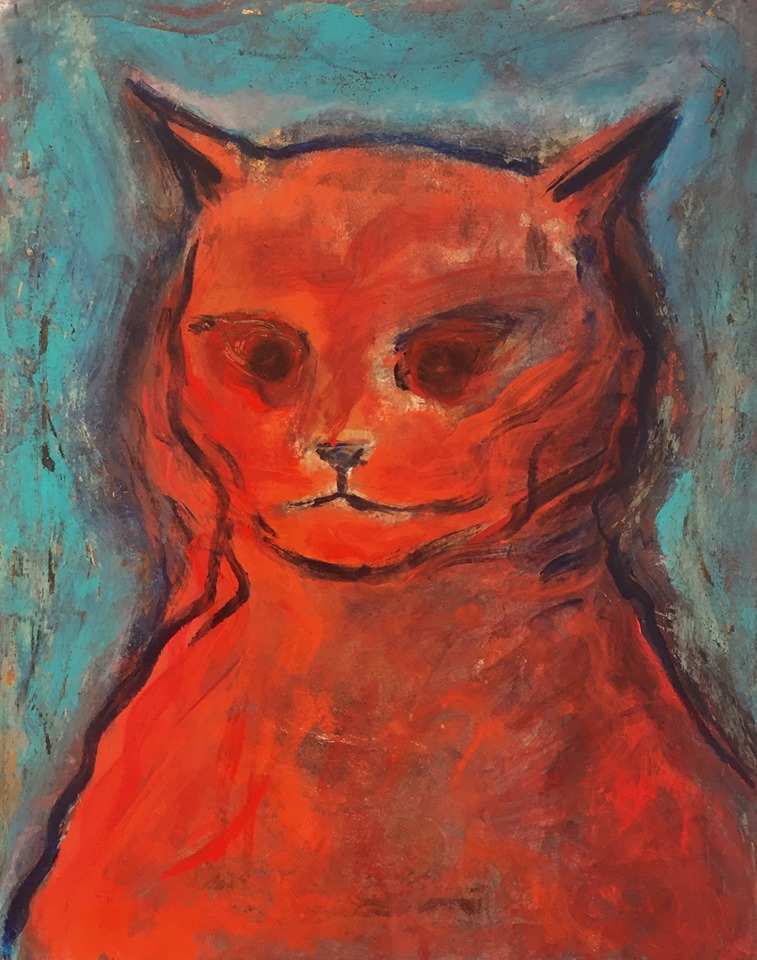 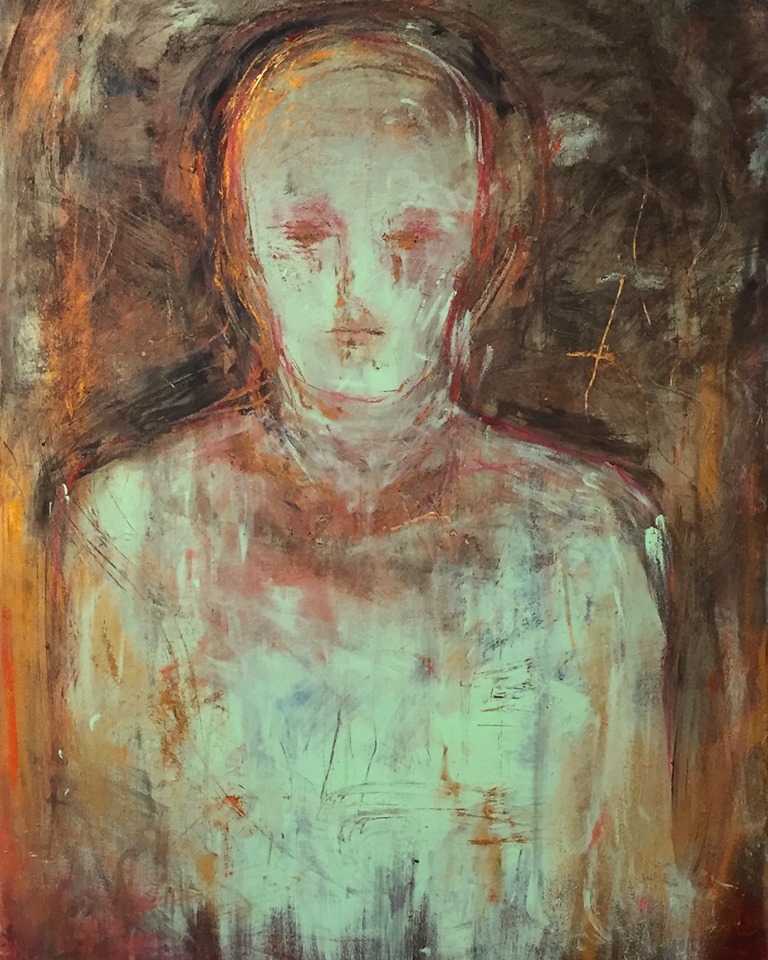 James Johnston – biog.
**************************
Born in 1966, painter and musician James Johnston has primarily been known for his work as a musician -with his own band Gallon Drunk,
as a former member of Nick Cave and the Bad Seeds, and more recently for his work touring and recording with PJ Harvey.
His turn to figurative painting initially began with working small scale in hotel rooms on tour, subsequently becoming his primary focus as a daily studio practice.

His paintings are both bold and loose, and marked by their rich and striking use of colour. The often unsettling, darkly humorous, and totemic images are based between the everyday and the world of the imagination, grounded with a sense of simplicity and beauty.

A prolific painter, his work has been used on book covers, as album artwork and featured in a variety of international arts publications.