Matt Walker became the first fan to watch top-division league football in all 55 UEFA nations in one season. And he then wrote a book about this incredible experience. ‘Europe United’ is published by Quercus on 8th August.

Matt‚Äôs quest began in Georgia at Dila Gori v Locomotive Tbilisi in June 2017 and ended eleven months later at Kom v Mladost Podgorica in Montenegro. This epic journey would pose its challenges. Yet no amount of airport confusion in Iceland, unusual betting activity in Latvia, spectator bans in Albania or ropey breakfast buffets in Moldova would make Matt miss a matchday. And then there were the games themselves: showcasing the full spectrum of footballing theatre, from the truly sublime to the utterly ridiculous.

Matt has written a fascinating and fun book based on his challenge that fans of the football travel genre will lap up. Vout-O-Reenee’s is hosting the ‚ÄòEurope United‚Äô launch party from 5.30pm on 6th August. There will be a football memorabilia from the tour, a playlist inspired by the book and short talks from Matt, his publisher and former director. Signed Books will be available.
⚽️

Please RSVP to Matt at 55footballnations@outlook.com if you are interested in coming along. 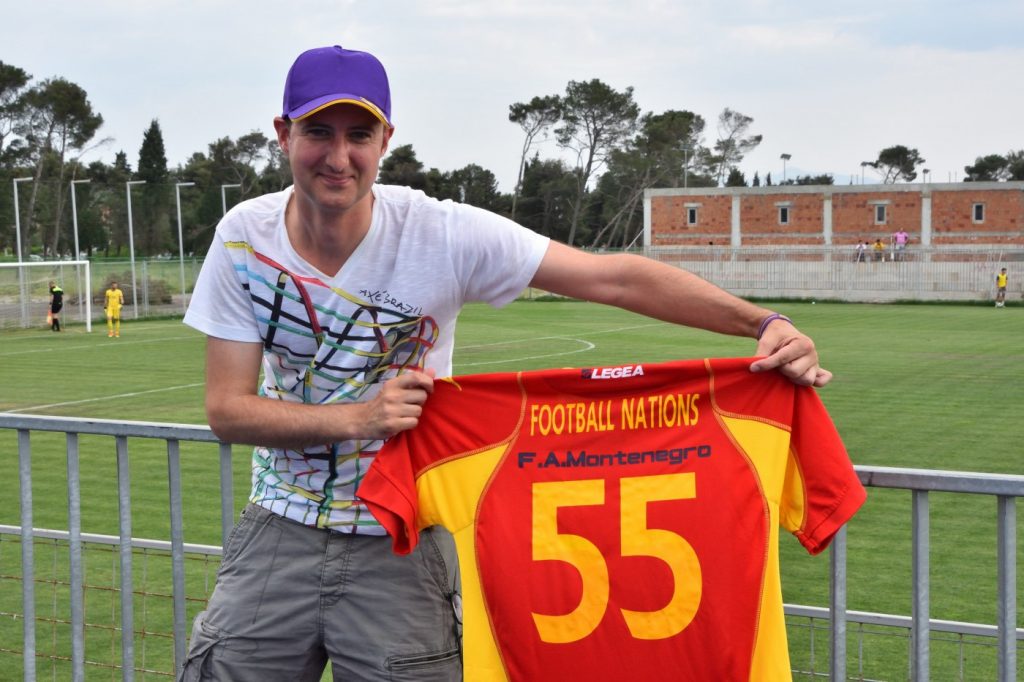