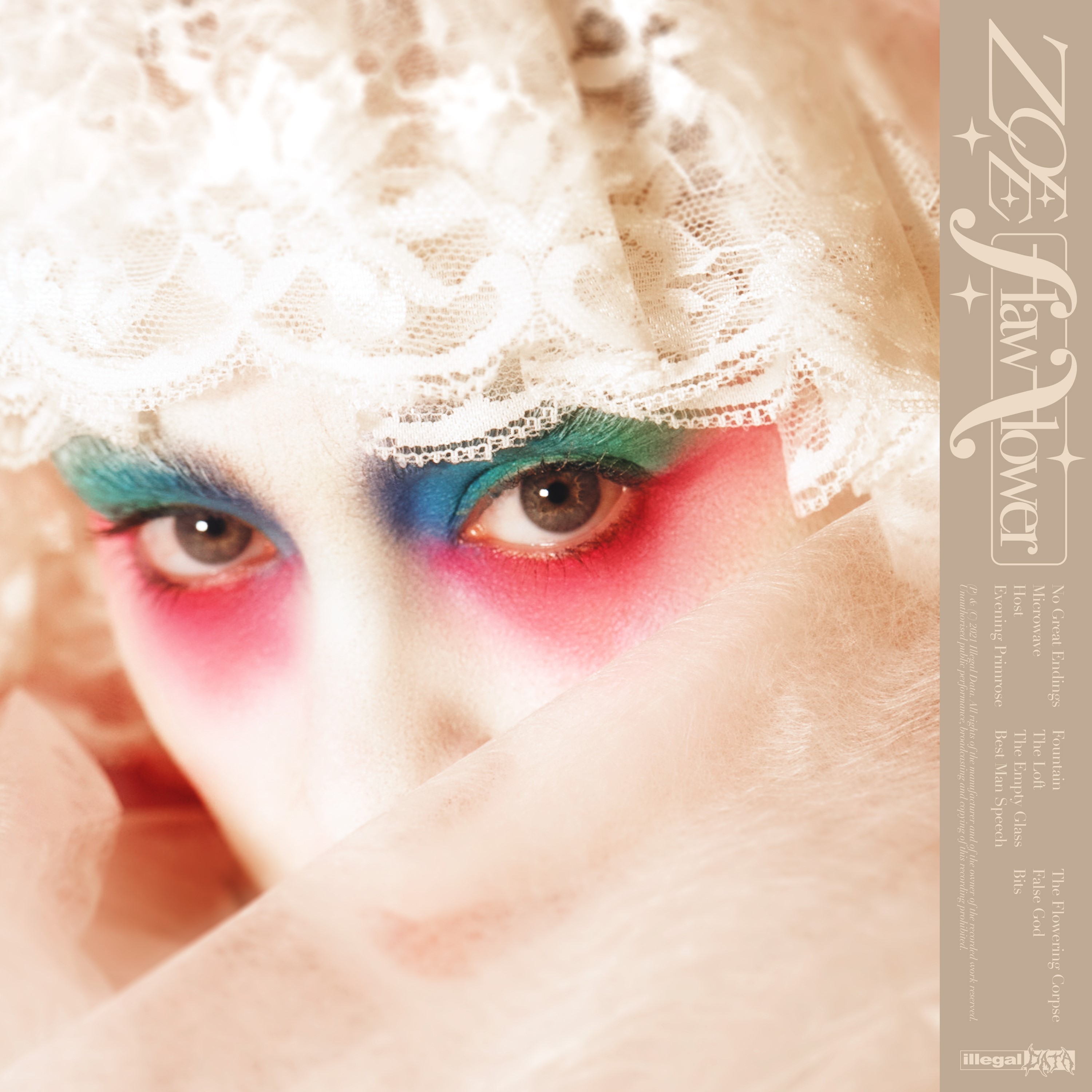 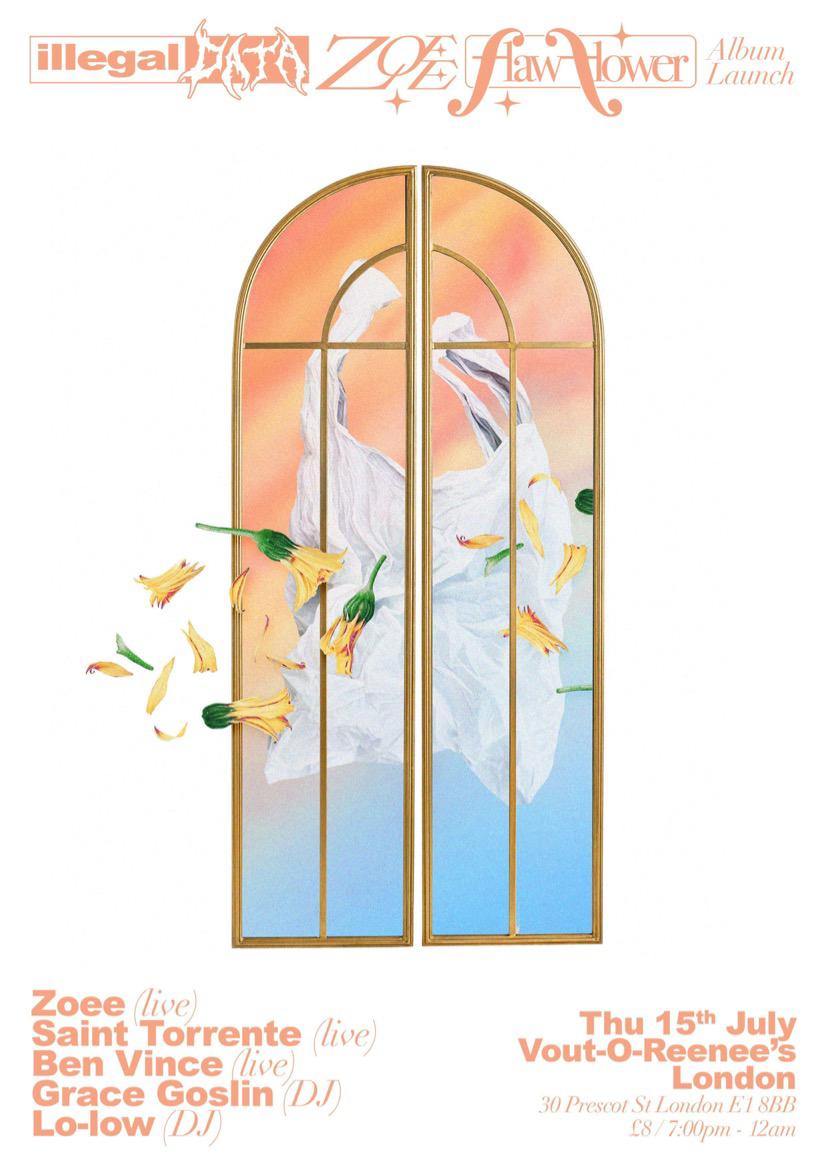 BenVince will not be live!

Having previously released singles through Ryan Hemworth’s ‘Secret Songs’ imprint and Vegyn’s label Plz Make It Ruins, as well as guesting as a vocalist on tracks with Hot Chip’s Joe Goddard and with hyper-pop collective PC Music, avant-pop musician Zoee has taken the past two years to nurture her voice and her sound for her debut album.

‘Flaw Flower‘ is an honest and vulnerable glimpse into Zoee’s interior world, a world she creates through marrying her real-life phone notes with imagery taken from modern works of literature such as “The Flowering Corpse” by Djuna Barnes, Sylvia Plath’s “A Winter Ship” and Maggie Nelson’s “Bluets“. Through these 11 new songs, Zoee delves deep into her own emotional life, combining aspects of the everyday with the surreal in order to uncover the beauty found in being flawed.

The record nods to the art-pop of the 80s, an era that Zoee has always been drawn to thanks to the expressive and trailblazing music of women including Anne Clarke, Joan Armatrading, Cyndi Lauper, Rose McDowall and Anna Domino

For the album release party, Zoee will be joined by her live band, with support from Saint Torrente and Ben Vince.

DJs to be announced.

You never know who you might meet at Vout-O-Reenees !