Tony Common is Lost In Space 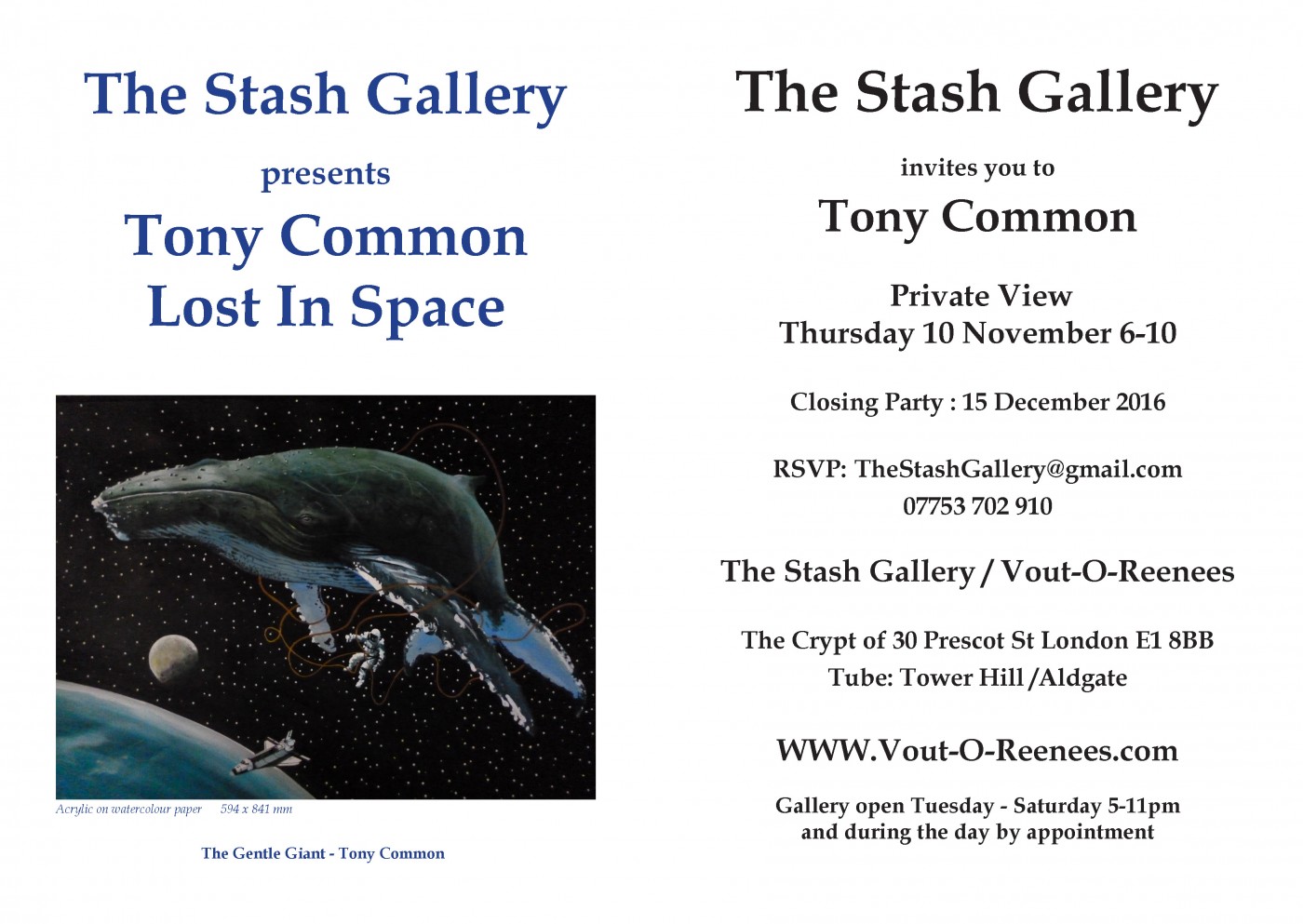 Tony Common graduated from Plymouth School of Art in 1961, freelancing as a Book Jacket designer, an illustrator of magazines & LP covers, to an Art Director of Penthouse magazine; embracing London’s ‚ÄòSwinging Sixties‚Äô cultural revolution. He went on to design an entire generations look of the world with his art direction in music, films, tv and commercial. The paintings in Lost In Space are poignant and witty reflections of man’s inability to communicate with the important things on Earth. Wrapped up with technology we are all rapidly losing our connection to the magical things like birds, whales and elephants. With our need to explore Space here’s hoping it isn’t because we’ve destroyed everything on Earth leaving only¬Ý a hovering memory or an Instagram image of what used to exist.

18 years as head of the BBC Scenic Art Department led him into a life of designing Dr Who, Monty Python, Dads Army, I,Claudius and Pennies From Heaven amongst others.

In the early 1980s, he left the BBC to work as a Scenic Artist / Art Director for commercials, music videos and films.