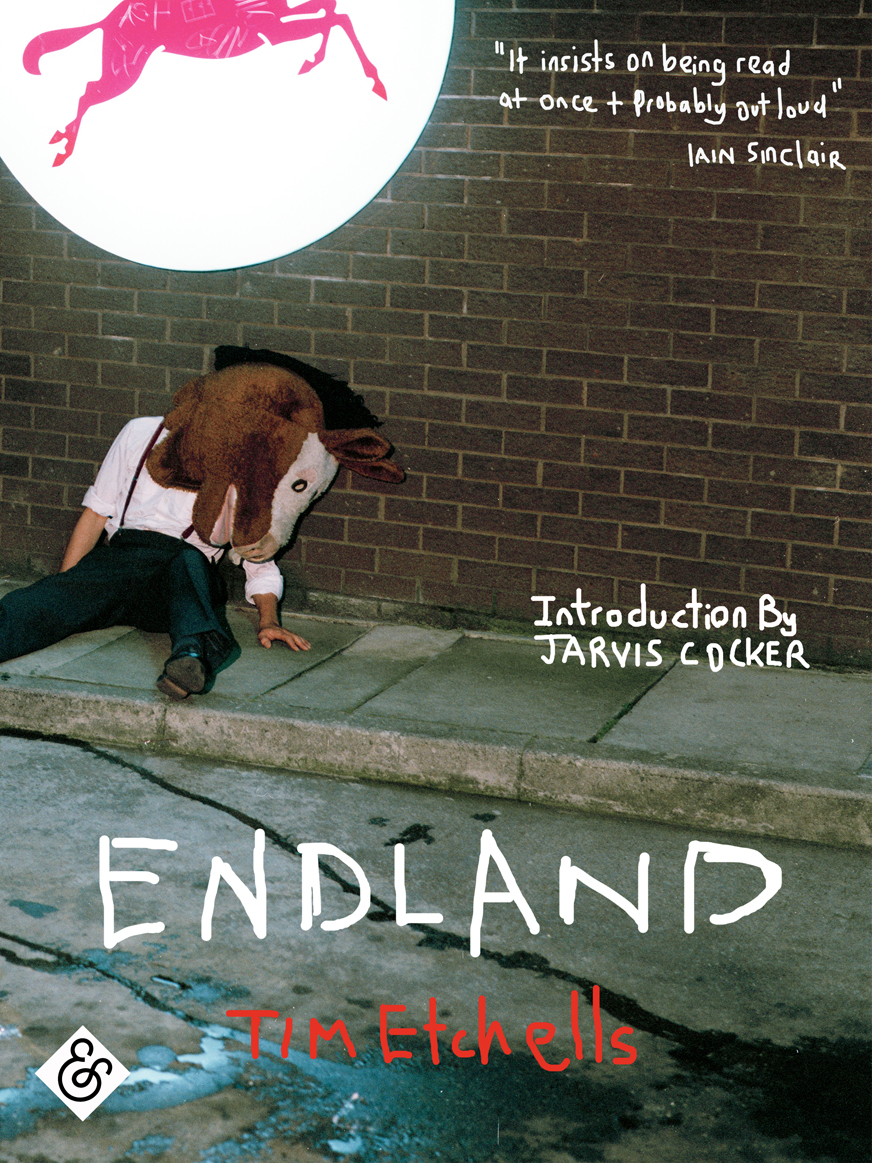 ‚ÄòEtchells is one of the few writers on the front line of British avant-garde theatre who made a tough, eloquent, emotional new language of ideas about class, human fragility, lust, embarrassment and a good night out. He is a legend.‚Äô Deborah Levy

‚ÄòIt insists on being read, at once, and probably out loud.‚Äô Iain Sinclair

A series of cautionary tales for our digital age, Endland is comical and brutal, set in strangely familiar locations that at times seem like Thatcher-era Northern towns under military rule or post-Brexit council estates after a Farage party bender. And things are leaking into Endland from all over the place. Nothing is stable. Now is also then and next year, a landscape that is future and medieval at the same time. What‚Äôs more, the gods have started drinking at lunchtime, which can only lead to trouble. In narratives working a bit like poetry or cartoons, in empty tower blocks, midnight diners and bombsite cities, Endland is a dysfunctional mirror of England.
The world fashioned by Thatcher, Google, IFOR, ICANN, Brexit, Big Brother, Bin Laden and Trump needs new tools to navigate it. These grotesque stories are close to the bone, and help us get close to the heart of the times we are living in.

Tim Etchells is an artist and writer based in Sheffield and London. His work shifts between performance, visual art and fiction. As well as being Professor of Performance and Writing at Lancaster University, he works in a wide variety of contexts, notably as the leader of the ground-breaking, world-renowned Sheffield performance group Forced Entertainment, whose prizes include the 2016 International Ibsen Award. He has developed a unique voice in writing fiction and exhibited work and presented performances in significant institutions and festivals all over the world, including at Glastonbury Festival and the Tate Modern, and as the 2014 Artist of the City of Lisbon.