The Real History of Cable Street 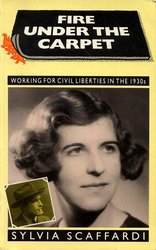 This will be a talk ¬Ýby various learned scholars(names to be confirmed) in response to the ¬Ýoutrageous opening of the Jack the Ripper museum in such an inappropriate site. It will be taking place outside! If raining it’ll be inside Vouts.
I will of course be talking about Sylvia Scaffardi my gofdother who started the National Council of Civil Liberties with her lover Ronald Kydd and EM¬ÝForster after they had all been Official Observers at The Battle of Cable Street, Moseley’s black shirts against local East End people mostly Jewish. It may be called Liberty now, but Civil Liberties is what it was set out to protect something the victims and women of Jack the rippers era never had.

Why Isn’t there a Museum of Cable Street?