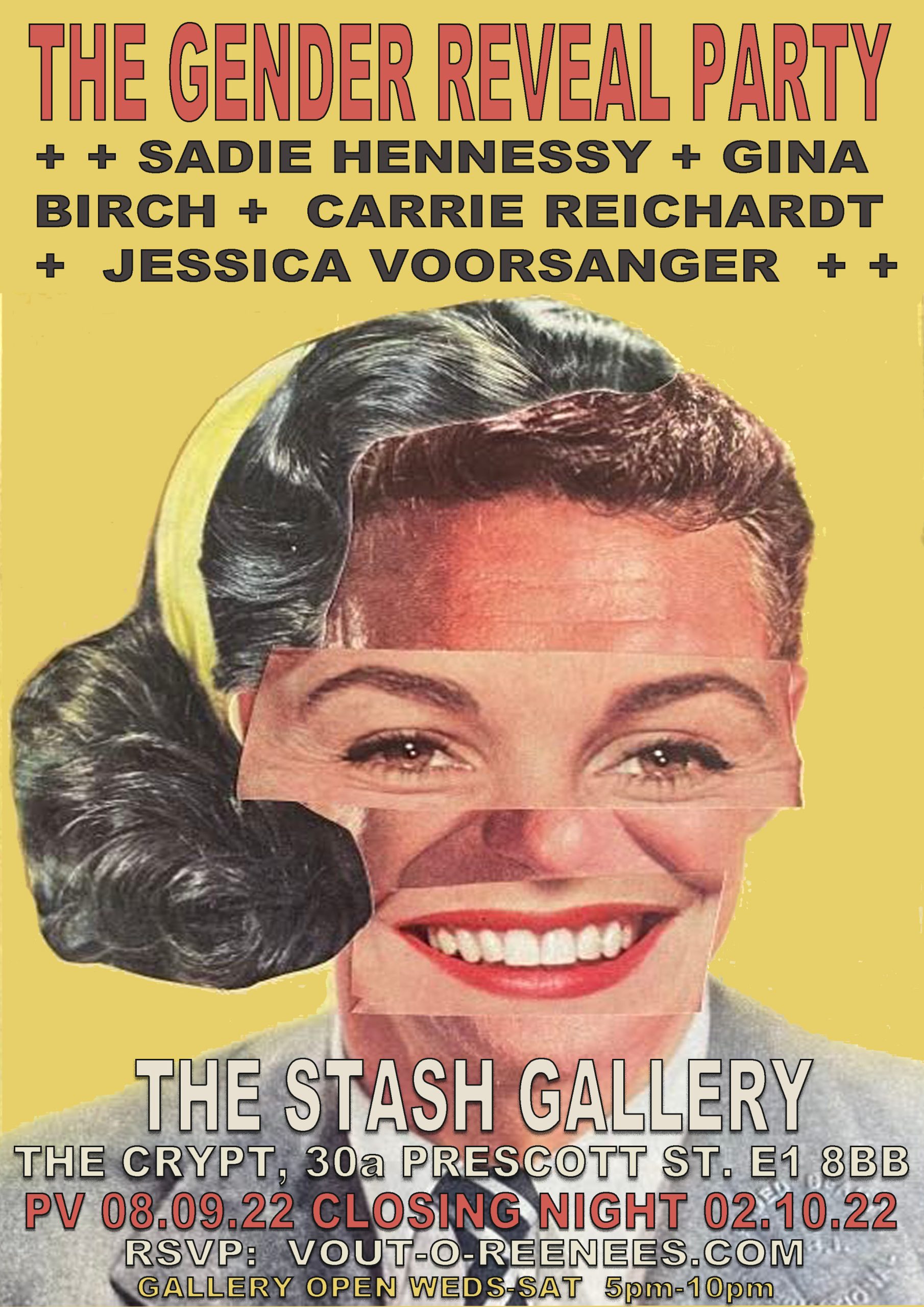 A mixed show of new work by women for men, and women.

Please RSVP as this will be extremely popular. 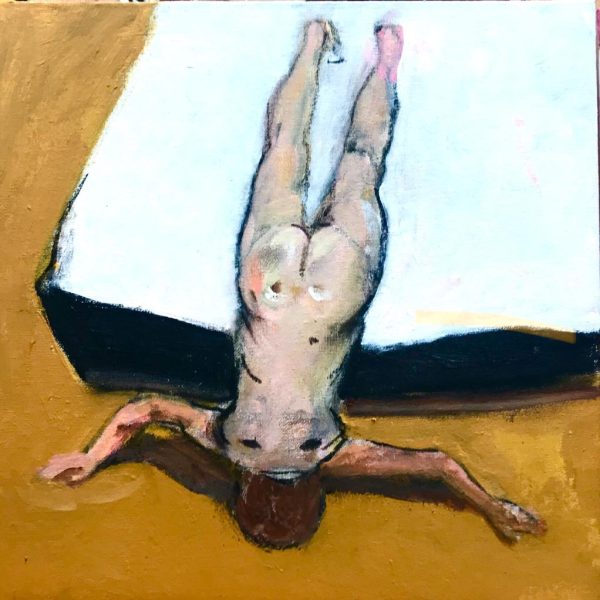 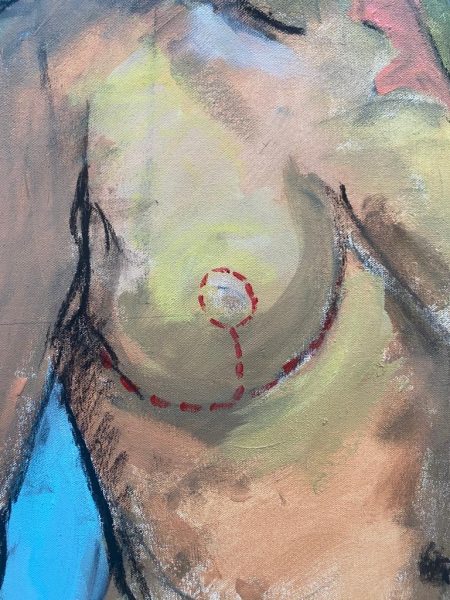 Painter musician filmmaker Gina Birch presents her view of the naked self portrait, prior to a major one person show and the release of her new album!
‘The catalyst for me to make a painting is usually a combination of something that makes me laugh alongside the seriousness of the subject matter.’
GB arrived in London in autumn 1976 to study fine art.  Side tracked from painting by punk, forming The Raincoats, consumed by conceptual art and super 8 film making, it took a good few years to return to Painting. 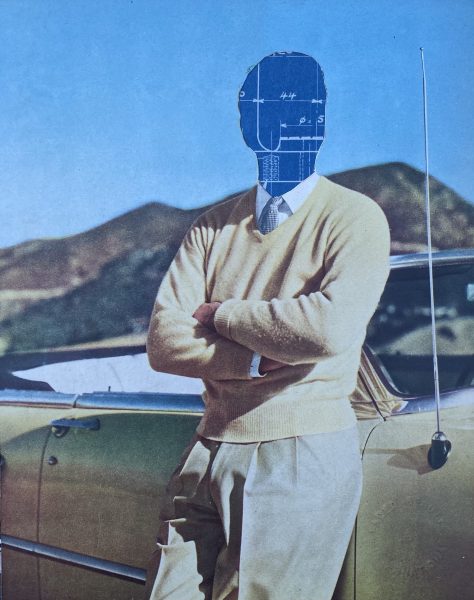 Sadie Hennessy aka The Mature Lady Artist is a multi-disciplinary artist specialising in collage , printmaking and live events. She has a BA Honours in Theatre, from Dartington College of Arts, and an MA in Fine Art from Central St. Martins. She was Screen Print Fellow at the Royal Academy between 2016 and 2019. She lives and works on the East Kent Riviera. 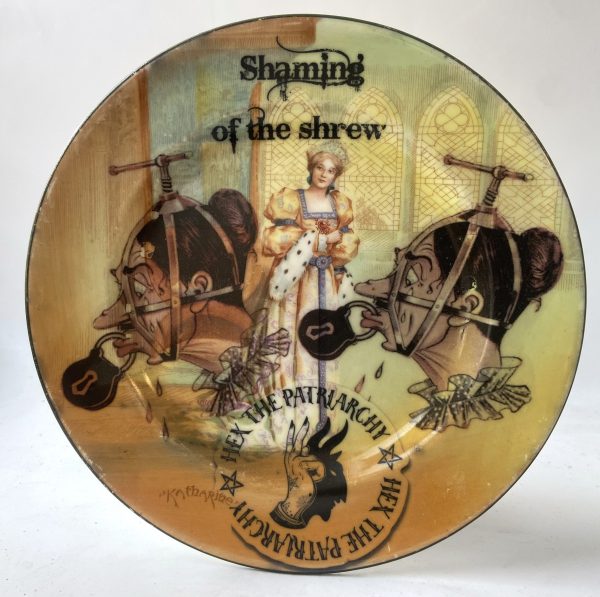 Carrie Reichardt is an outspoken, politically charged, ceramic slinging artist who leaves  a trail of poetry and prose in her wake. Her award winning public work reflects her sustained engagement with people, place and politics, with a focus on marginalized groups – and in particular, women and their hidden histories. In 2013, Reichardt won the Winston Churchill Travelling Fellowship to research ‘How to advance community mosaics in the UK’.  Trained at Kingston University, a First Class degree in Fine Art from Leeds Metropolitan; She was Artist in Residence at Camberwell Art College in 2009, The Clay Studio, Philadelphia, USA 2014   Reichardt is frequently called to speak on the use of craft and art as protest, presenting at Museum of Liverpool, Victoria and Albert Museum, ICA, Powerhouse Museum in Sydney. 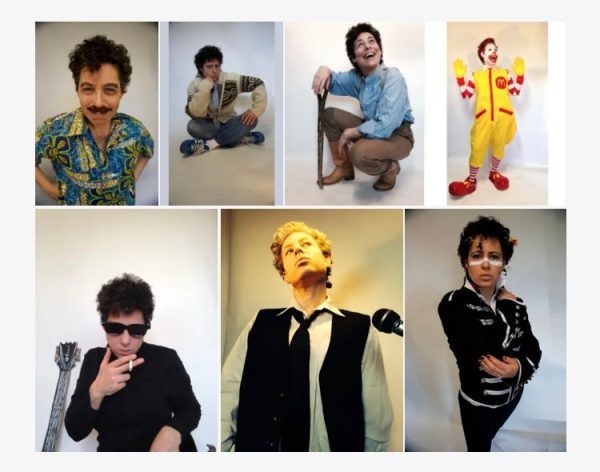 Curly Haired Men by Jessica Voorsanger.
Jessica Voorsanger is an American artist living in London. She studied at the Rhode Island School of Design (BFA) and Goldsmiths College (MA Fine Art), and has had one-person exhibitions in London, New York, Edinburgh, Berlin & Turin. Recently she exhibited at Gallerie 33, Berlin; The ICA ; Whitechapel Art Gallery; and also completed a project for Art on the Underground. Jessica’s work explores the concept of ‘celebrity’ within popular culture – through obsession, fans and media representation.