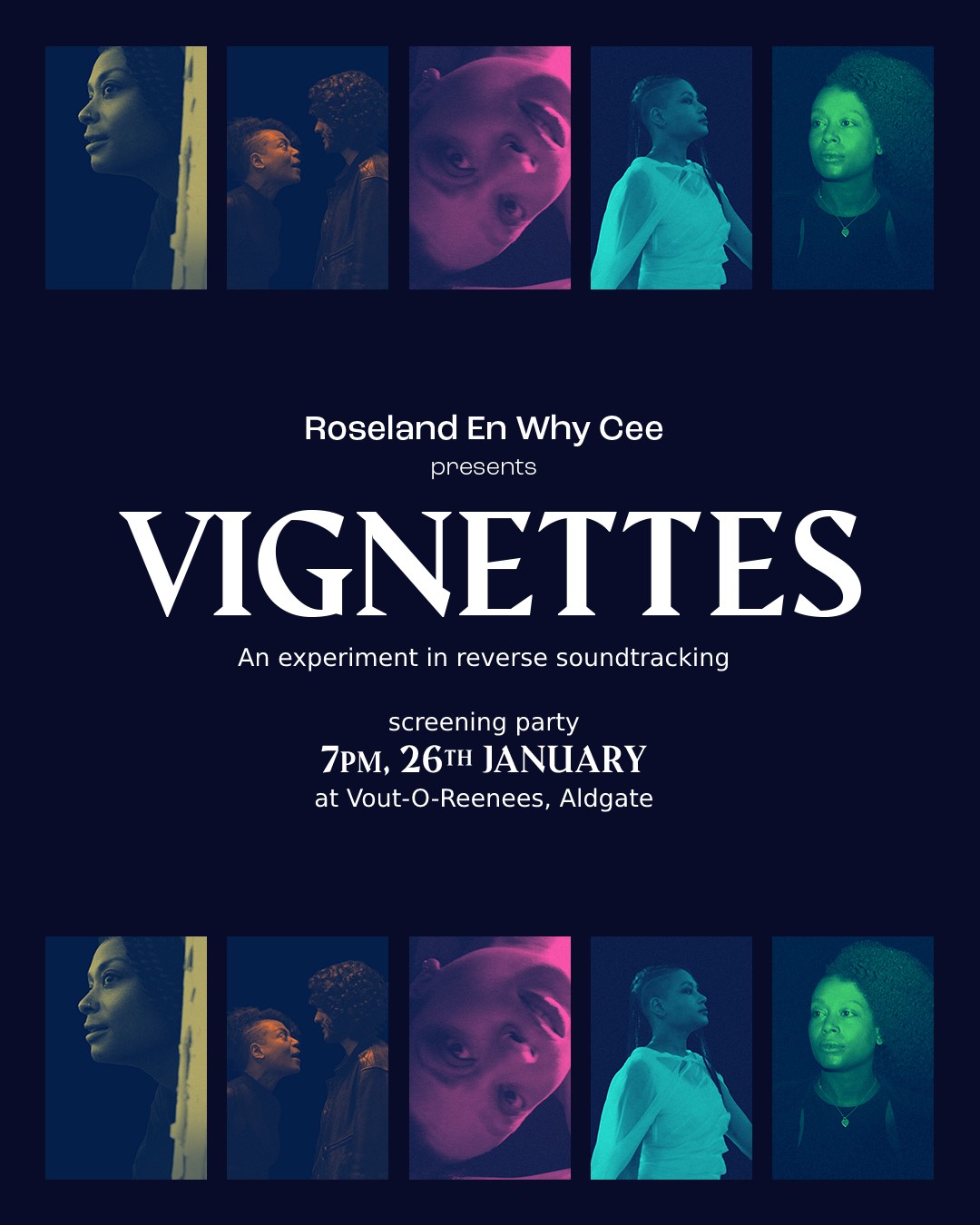 Instrumentalist and composer Nathan Jamal aka Roseland En Why Cee brings his brand of cinematic soul to the big screen. Working with five independent filmmakers to create VIGNETTES, an eclectic collection of short films. Jamal’s soundtracks set the tone as we hop from anecdote to abstract. Super8 to 6k, and everything in between. Multidisciplinary performer Leila is the grounding force of the project. Tying each film together with thoughtful, nuanced performances as she morphs from one character to the next.

Join us from 7 pm for a screening and Q&A with the directors and cast. Followed by an after-party and soundtrack-themed DJ sets