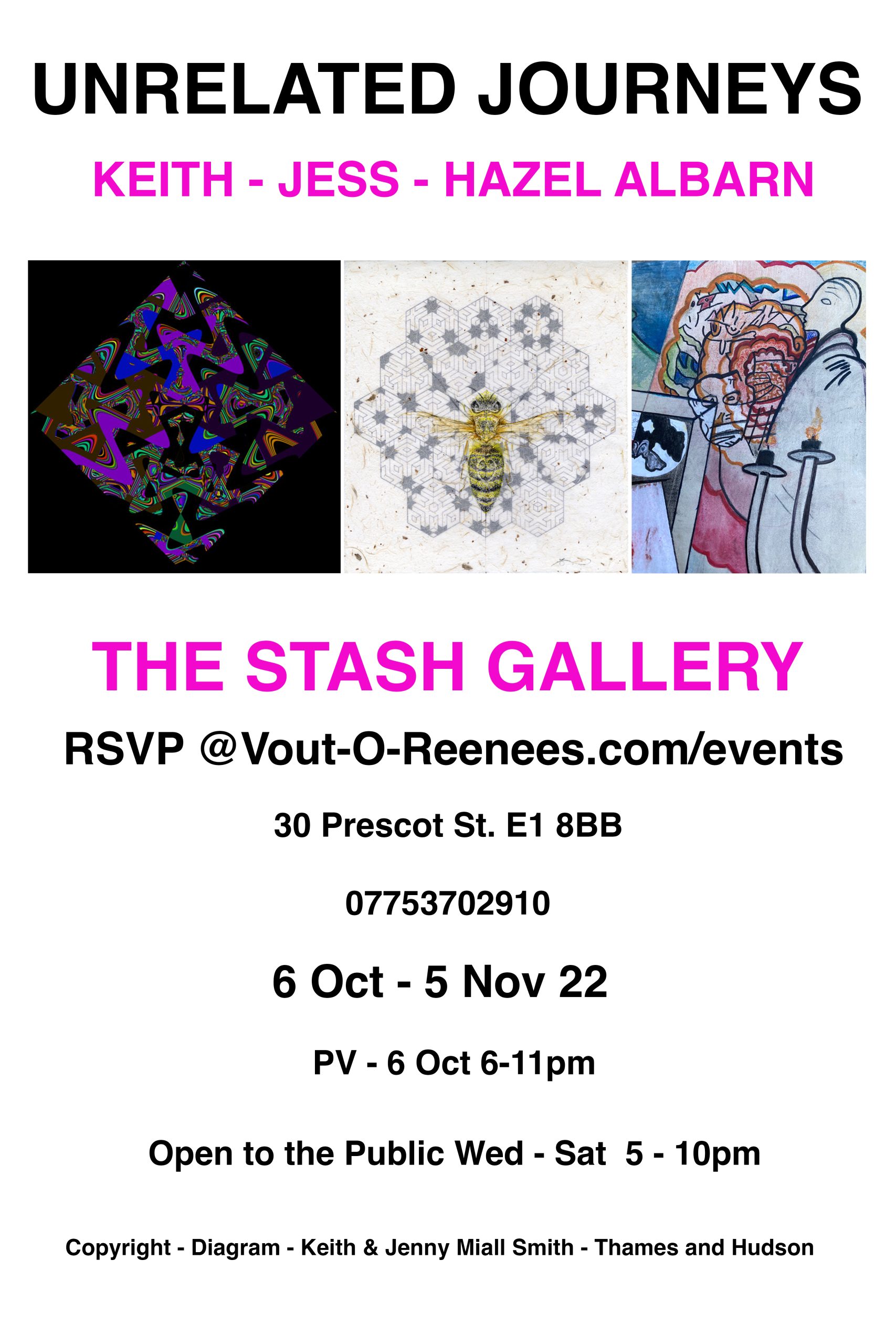 Creation doesn’t just appear from a vacuum. We all owe something to our families and surroundings that make us think in the unique way that harbours creativity within us. This exhibition is about that, the influence that makes us make. Keith is dad to Jessica and wife to Hazel; they also have a son. Jessica has a daughter who no doubt will carry on the family tradition of creating stuff from her imagination. This is rich soil. All individuals in their work and personalities there is a link in all their work to each other as if art was contagious or a DNA imprint. I have my own interest in Keiths work as I vividly remembered his Fun Palace in the 1960s that my mum used as a backdrop for a kids fashion feature in Nova Magazine when she was Fashion Editor. Photos by David Bailey. The Fun Palace left such a visual impression on me 50 years later I can still recall the colours and excitement, in the same way my daughter talks about going to the Tate Modern to be part of Olafur Eliasson’s Weather Project 2003. Some pieces of art mark you for life. If you’re lucky as an artist, you too will do the same for others.

We are proud to show the work of these three artists together.

Jessica Albarn is known for her fine line drawings on paper.
She also explores surface using glass clay wax and honey. Sometimes incorporating pressed flowers and insects by creating multi layered pieces.
She has exhibited extensively and created two books.
‘Bee-headed’ and ‘The Boy in the Oak’ a dark faerie tale of which she wrote and illustrated. The story was also made into a short film. Narrated by Jude Law.
Directed by Luke Losey.
Jessica’s collaborations include Helmut Lang NYC for their ‘Spiderling ‘ collection. Which took her spiders to Tokyo with a 3 day live drawing event.
And more recently collaborating with Nick Powell (Musical Composer and sound designer) for her stop Motion Films ‘Creation’, ‘Life after Death’ and ‘Foxy’ whichwas shown recently as part of the ‘Nocturnal Creatures’ festival – Whitechapel Gallery.
Devoted to the Bee she has used her work to raise awareness and pay homage to their plight. Through the Bumblebee Conservation Trust, Natural History Museum London and the Art Car Boot Fair.
Jessica has also developed a meadow in Devon to support the Bees and the local wildlife of the area as well as create a space to explore ideas and gather research. 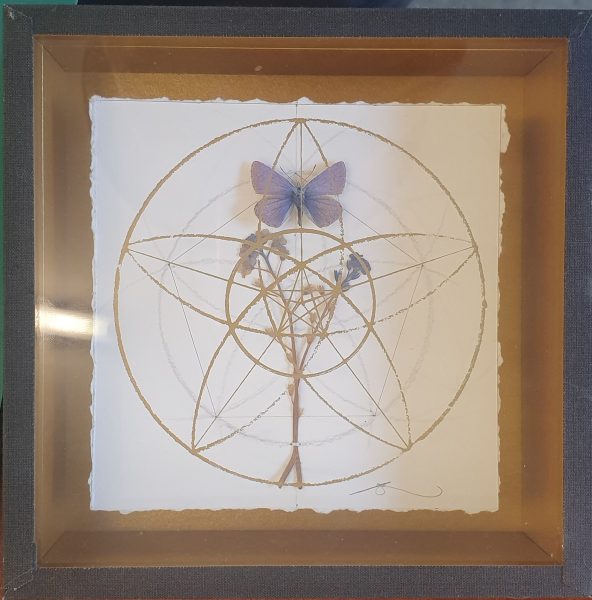 Hazel Albarn’s work in this latest exhibition goes backwards and forwards in time, showing something of the diversity of her experience.

Being ‘hands on’ rather than academic, she has enjoyed all the many aspects of her life, working as an Artist: Teaching, Family-life, Theatre, Educational Workshops [locally and in different cultures], Paper-making, Constructing in natural, found-forms, then more recently, Gardening and for a short time, more Stage and Costume Design. 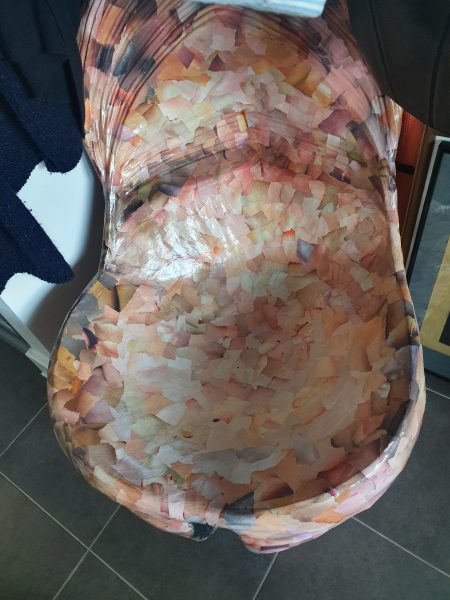 Hazel’s way of thinking has been loosely attached to reality, enjoying the ‘ingredients rather than the recipes’.

Nothing is ever as you imagine, as the memory superimposes over the image, allowing the imagination and emotion to wander with a freedom that is never found in reality alone. ‘I will always be grateful for what life has given me and hope that through my work and teaching I have given back something to those around me.’

Keith Albarn was Course Leader Fine Art at the now University of East London before joining Colchester Institute as Head of the School of Art, Design and Media [1981 – 1997]. Publications include books, numerous articles and papers for art, education and science journals, and broadcasts on radio and television. In the 1960’s he helped form 26 Kingly Street W1, an ‘ideas
factory’ and a ‘happening place’, was the subject of BBC’s ‘One Man’s Week’, a contributor to ‘Tomorrows World’ and ‘Late Night Line-Up’, briefly manager of ‘Soft Machine’, and developed ‘Ekistikit’, a modular architectural system that was used to build two ‘Fun Palaces’ in the 1970’s.
He has exhibited throughout his career, most recently at the Minories in 2003, “Pattern and Belief” [see also www.patterandbelief.com ]. Currently, planning a follow up.

Whilst in Colchester he was active in many of the local arts organisations, as a trustee at the Minories Gallery, the Colchester Arts Centre, the Film Workshop and Trinity Street Artist’sStudios which with help from the Borough led to Cuckoo Farm Studios. He also helped set up, with the Borough, the Colchester and District Visual Arts Trust , leading to Firstsite and the planning for a new building which eventually came to pass after he left.
Keith has been researching pattern since the 1970’s when he led the research, design andmanufacture of the exhibition for the first ‘World of Islam’ festival at the Institute of Contemporary Art in 1974, reworked as ‘Islamathematica’ for the Museum Vorlandenkunde,
Rotterdam in 1975. He also designed the exhibition ‘Illusion in Art and Science’ that was alsoshown at the ICA in 1976 and in New York in 1977 and which led to the book ‘Illusion in Natureand Art’ by R L Gregory and G H Gombrich. He was co-author of the books ‘Language oPattern’ for Thames and Hudson in 1974 and ‘Diagram – the Instrument of Thought’ also for Thames and Hudson in 1977, and contributed to ‘Teaching Art and Mathematics’, StanleyUnwin, 1991.
Keith’s work complements and expands the current work on visual perception and associated value structures. His work is inter-disciplinary, connecting neuropsychology, mathematics, and cultural anthropology. He is looking at pattern as a psychological phenomenon, in perception and in cognition, with its own neural correlates and its own physiology as universal natural and
cultural phenomena from pre-historic, across cultures to the present day. 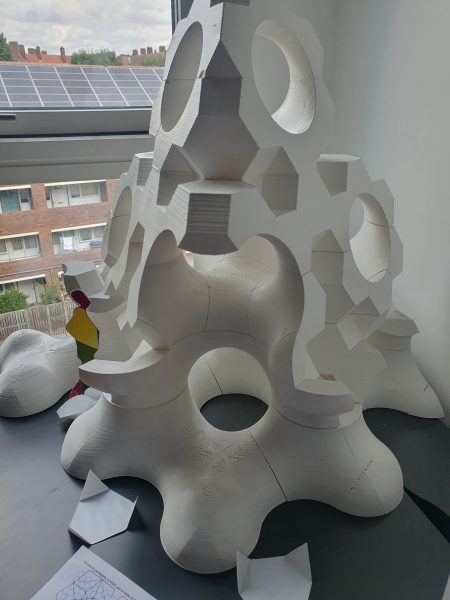