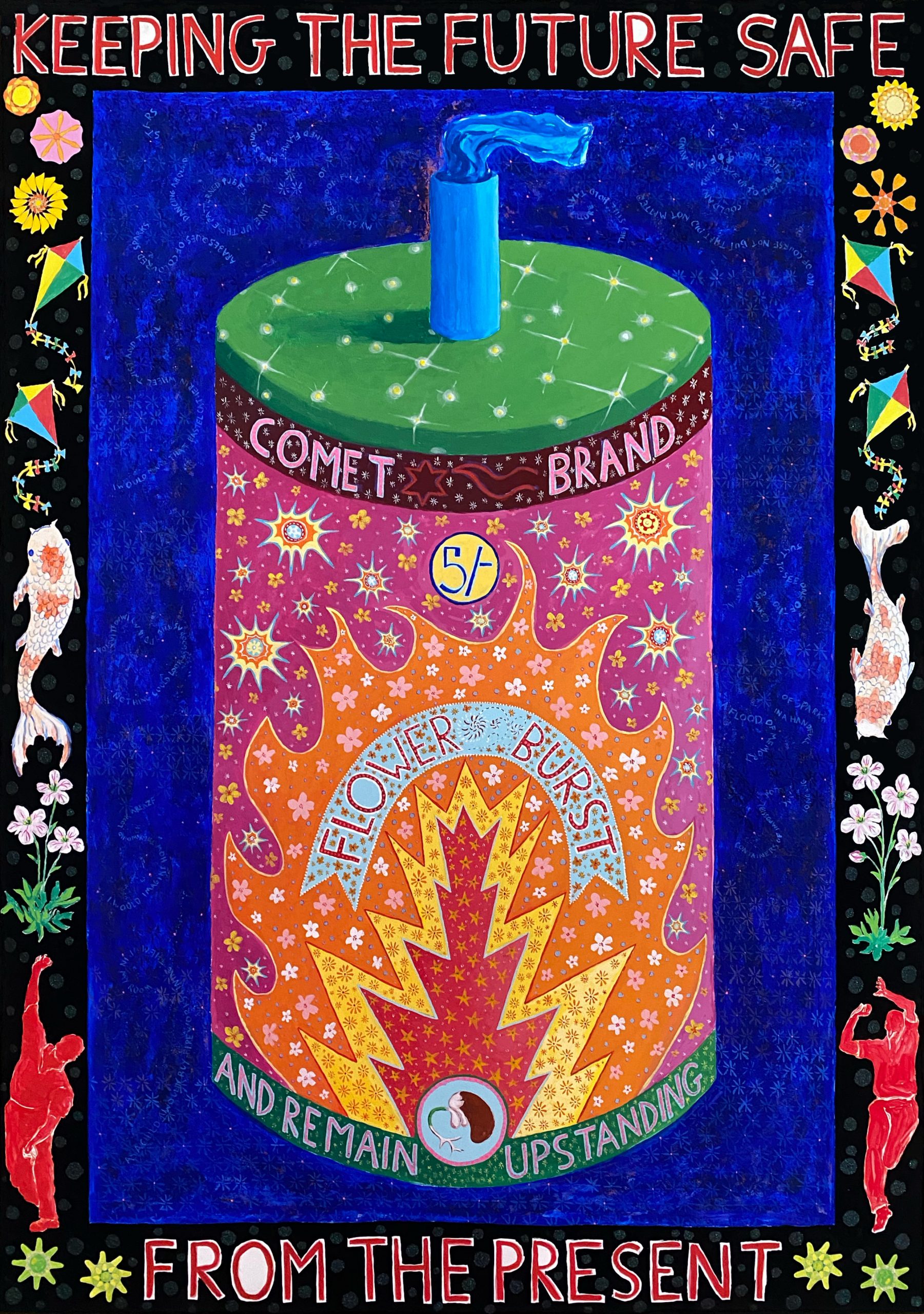 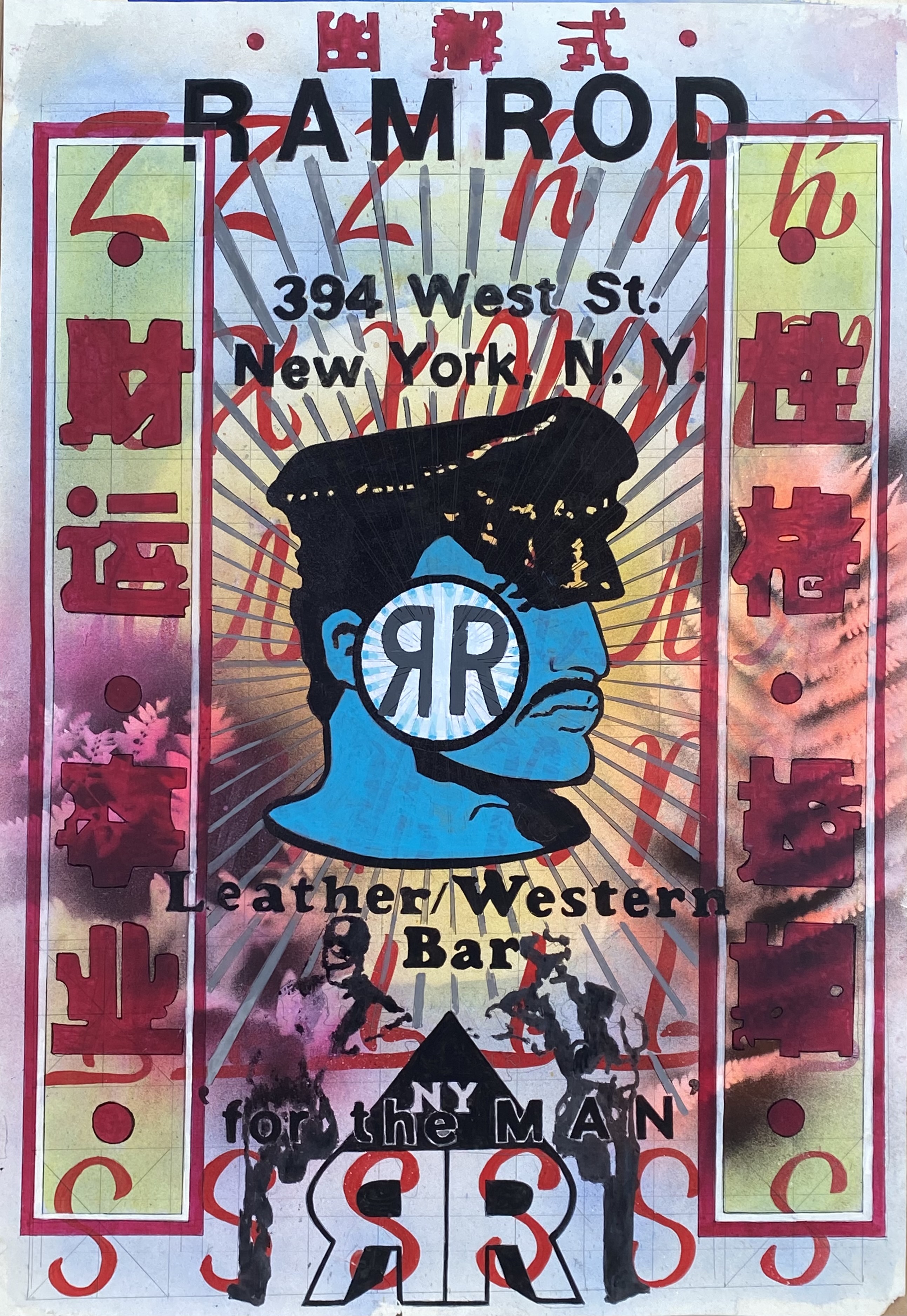 Stash Gallery presents “Re-Verse Polari-ty” a two-person exhibition featuring new works by artists Rupert Goldsworthy and Nicholas Moore. The show runs from September 2nd to the 25th. The private view will be on Thursday September 2nd from 6-11pm.

Nicholas Moore and Rupert Goldsworthy met in 2018 at a birthday party in downtown New York. They became friends and found they had a shared interest in their work in using popular signage, rock music ephemera, and imagery drawn from old commercial print advertising.

Although their subject matter begins at a similar place, the art they make varies in the handling of materials and intent.

The title of the show “Re-Verse Polari-ty” is a nod to the secret gay slang language of the 1960s and its deliberate reversal of spelling (e.g. riah= hair spelt backwards) for further ironic and dissonant resonance.

Moore’s work has a playful aesthetic.  It often includes details drawn from his youth such as toys or kitschy flowers surrounding votive objects. These, combined with the texts (often song lyrics) evoke a sense of the passing of time and a yearning to recapture a lost innocence. Although there is undoubtedly joy abundant in the work, there is also an underlying sense of melancholy.

Rupert Goldsworthy became known in the mid-Nineties for organizing artist-run gallery projects first in Berlin and then in Chelsea, New York. Goldsworthy’s paintings and installations address taboos (political and emotional) using post-Pop methodology. His concerns include the Cold War, gay social history and the iconography of Seventies counterculture.

Holland Cotter, art critic for The New York Times, writes of Goldsworthy’s work: “Sharp, dark, hard to pin down but definitely there. Names of suicidal rock stars, student radicals, celebrity drugs, Black Panthers, gay clubs and aged movie queens with sad, twilight histories bounce off each other and interconnect like fragments of overheard conversations. And while the textual melange – blasts from the past plus cultural arcana – makes fun ‘reading’, it also has a distinctive moral texture.”