Marty ThorntonMarty is a real Eastender, he grew up in Plaistow East London in the 1960’s where he avidly collected Little Dot, Casper the little ghost, and Richie Rich comics from a second hand shop.. He has seemingly navigated his life through their plotlines. He started only to see himself as an artist after meeting his mentor, Molly Parkin in 1990. He’d started painting Richie Rich way before Boris Johnson entered politics, but there is no denying the uncanny resemblance between the two. Only one has become the Prime minister of Britain.
In the 1980’s he started on the rich seam of cartoon characters. His obsessions with what is real and what is fake has taken his art naturally into designer goods and the facade that is a metaphor for politics today.
If plagiarism is the sincerest form of flattery, Marty never stops being flattered! Marty Thornton is the original #FakeAsFuck!
London East End pop artist Marty Thornton is enjoying international success with representation in Moscow Hong Kong, Beverley Hills, Seoul, Mumbai and L.A and in London from Shoreditch to Chelsea. He is an annual success at The Art Car Boot Fair. 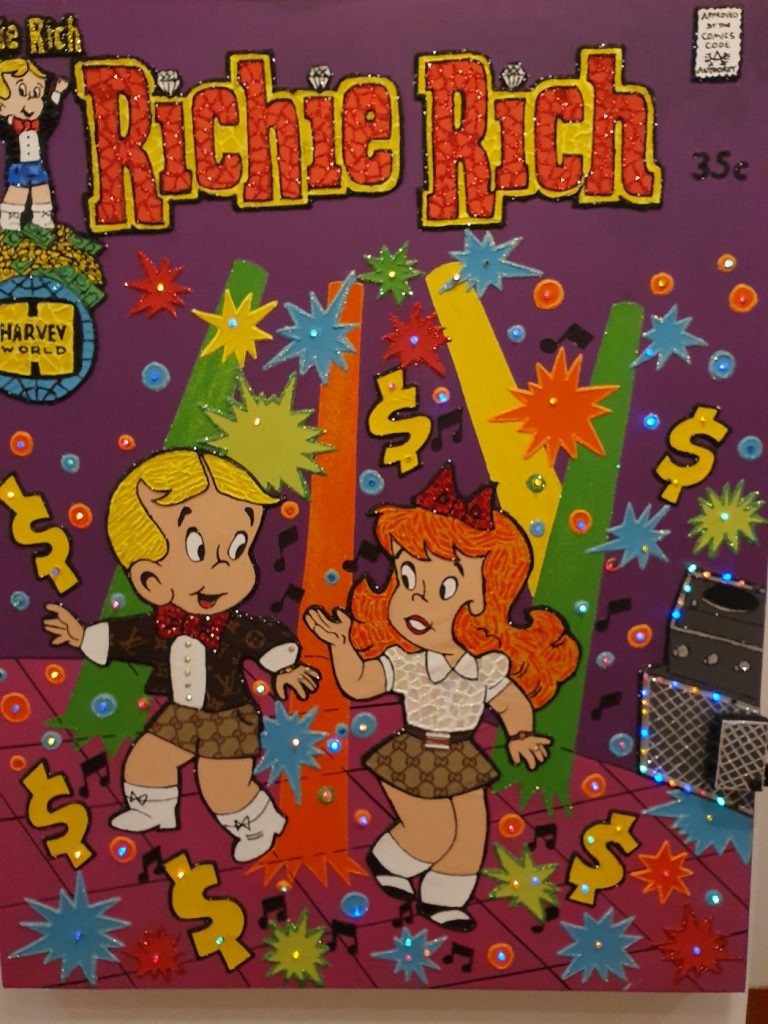 PV please RSVP TheStashGallery@gmail.com 6-11 bar open with bar food all evening. Come and see Martys work for Real and buy yourself a piece of what the glitterati are getting! Handbags will be shown til dawn. 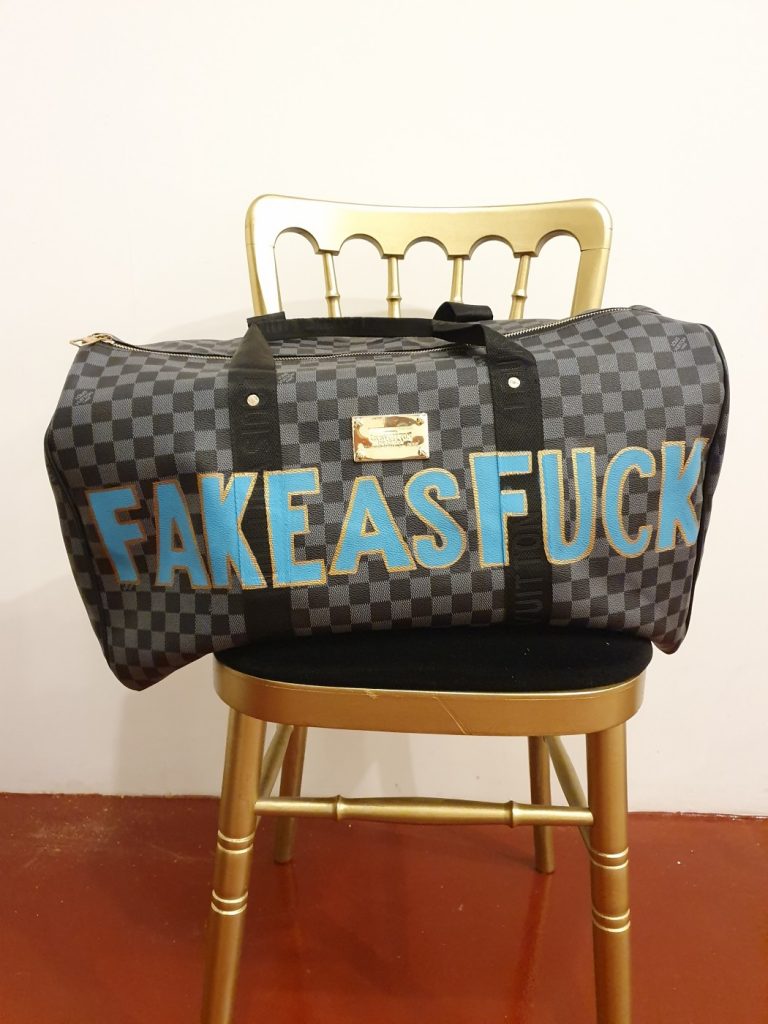