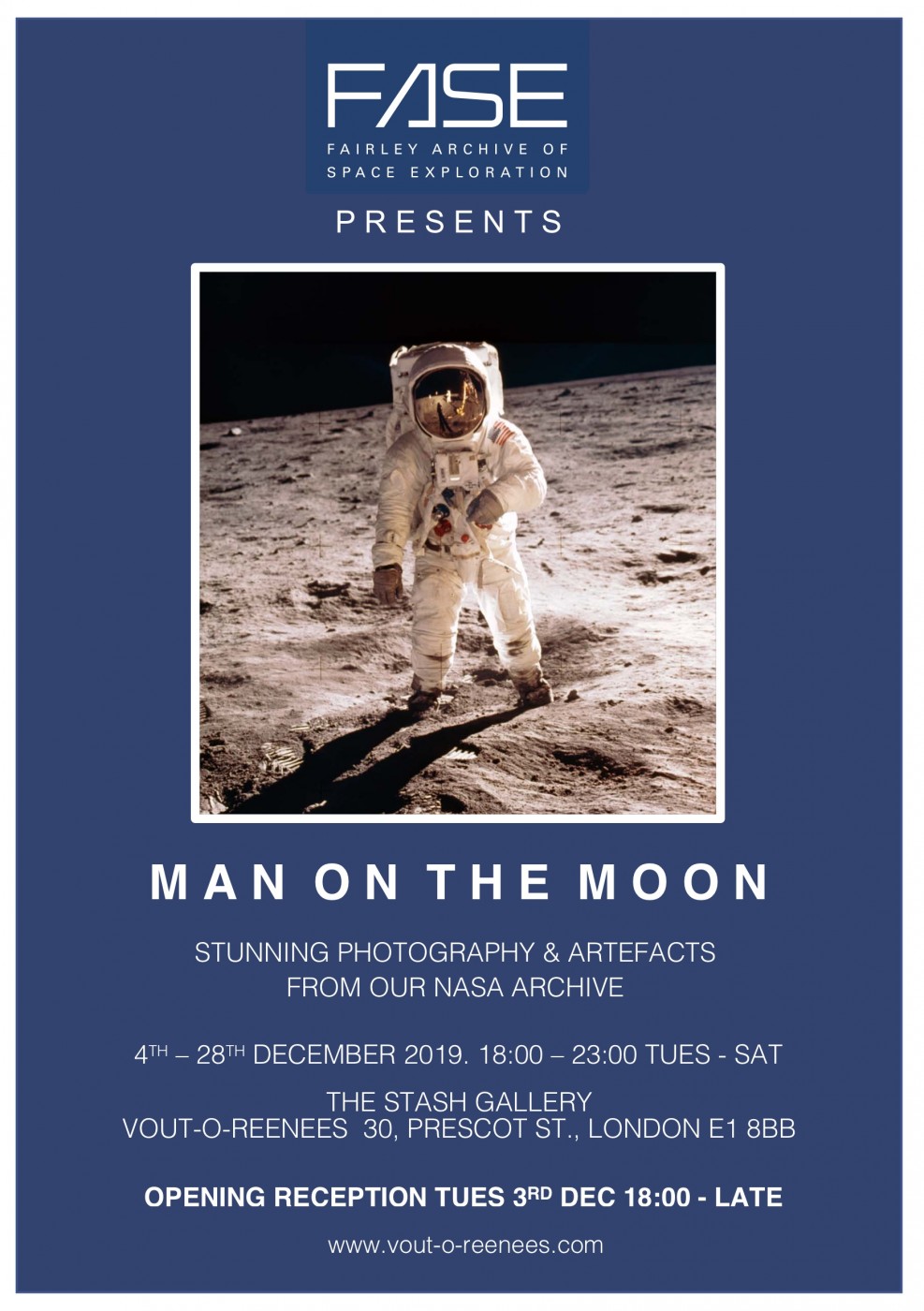 50 years ago this year, the first US astronauts took just ‚Äúone small step, one giant leap for mankind‚Äù.

Presented here is an exclusive display of iconic photographs from a unique archive collected by the late Peter Fairley, the science correspondent for Independent Television News who brought TV pictures into the homes of millions of viewers throughout the space race.

The photographic prints are made direct from original transparencies sent by NASA to Fairley throughout his journalistic career in the 60s and 70s. Together, they provide a fascinating insight into the exploits of these brave men (and women) who first journeyed beyond our atmosphere into the depths of space. 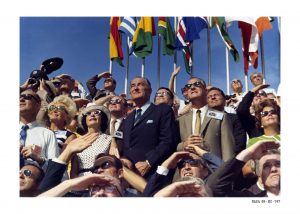 Following his death, Fairley‚Äôs son Alastair has preserved the archive, which contains thousands of original photographs, prints, press packs, models and other items used in his TV broadcasts.

Together they now make up the Fairley Archive of Space Exploration, a unique record of man‚Äôs greatest achievement.

To mark the 50th anniversary of the first lunar landing in 1969, the Stash Gallery in Tower Hill is hosting an exhibition of original photographs taken by the Apollo astronauts both on the Moon and during their amazing space journeys from and to the Earth.

Here are well-known images ‚Äì the stunning blue orb of earth seen for the first time from space, the first boot print on lunar soil ‚Äì but also some unique finds, such as the contact sheet showing Buzz Aldrin‚Äôs descent down the ladder from the mothership onto the Moon‚Äôs surface, step by step. There are also extraordinary artefacts such as the beautifully embroidered mission badges the astronauts wore on their space suits.

The standard of the photography is astounding as is the quality of the prints in this exhibition. Its curator is Alastair Fairley, whose late father, Peter Fairley, accumulated the archive in the course of his coverage of the Apollo missions for Independent Television News (ITN) in the 60s and 70s. Alastair explains: ‚Äúthe astronauts were all given lengthy training in the techniques and composition of photography. And they were using Hasselblad cameras – the best in the business and specially designed to be operated in the void of space.‚Äù

The photographs on display are just a small part of what is now called the Fairley Archive of Space Exploration (FASE), a large collection of prints, autographs, transparencies and other NASA paraphernalia Alastair inherited from his father. Importantly, all the photographs on display are printed direct from the original, large-format transparencies produced by NASA itself. This explains the richness and depth these prints ‚Äì unlike their digital counterparts ‚Äì possess.

Fairley has some abiding childhood memories from trips to the USA accompanying his father on assignment. He recalls meeting several of the astronauts, including his hero John Glenn when he was only four years old. ‚ÄúI just wanted to say hello to my hero and tell him I wanted to be a spaceman too,‚Äù adding: ‚Äúlittle did I know I‚Äôd now be working in the field, looking after the records of their time in space and engaging new audiences around the world in their work.‚Äù

In addition to the exhibition the Gallery is hosting a talk by Fairley about the Archive, and a screening of Nichola Bruce‚Äôs award-winning film ‚ÄúMoonbug‚Äù, which documents encounters with surviving lunar astronauts as photographer Steve Pyke travelled across the States to create their portraits. The pre-shoot chatter between Pyke and his subjects provides some unique, unguarded moments and some moving reminiscences about the emotional, as well as physical, challenges of a lunar mission.

The exhibition opens on December 3rd ‚Äì 27th 2019 and is open Monday to Saturday from 5-10pm. The Stash Gallery can be found at Vout-o-Reenee‚Äôs Arts Club, 30, Prescot Street, London E1 8BB
More information from Sophie Parkin on 07753 702910 or email:
info@vout-o-renees.co.uk