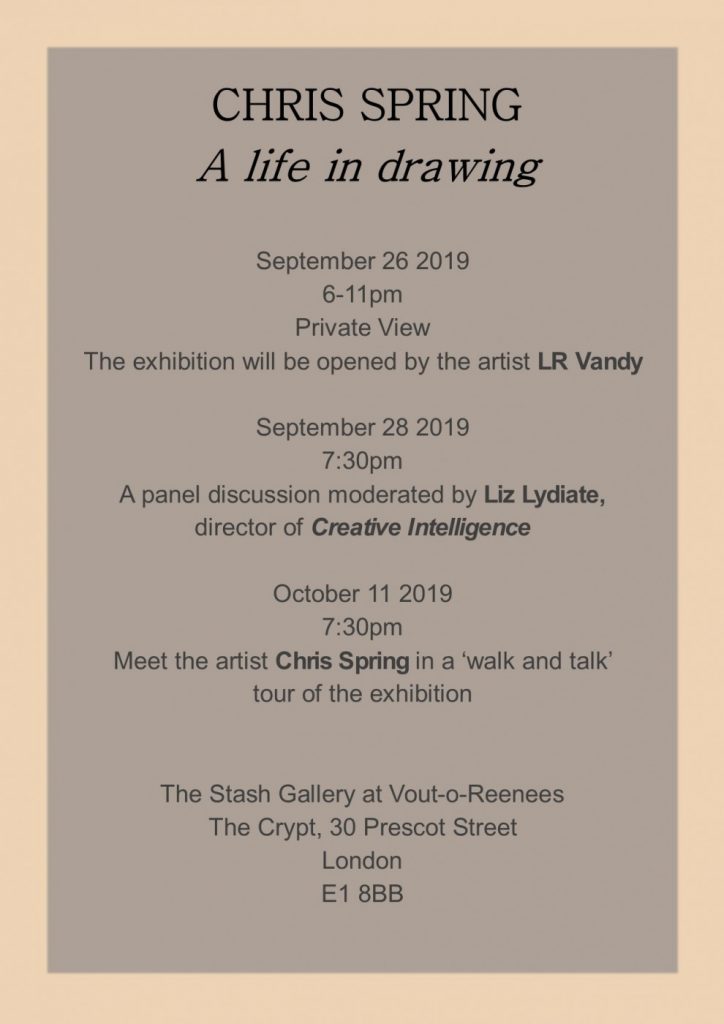 Chris is an artist www.chrisspring.co.uk currently based at the West London Art Factory. His previous major exhibitions include Green and Dying (2001) at the Jersey Galleries, London and LIFELINES: A Family Calligraphy (2005) at the Kufa Gallery, London. A life in drawing at the Stash Gallery, Vout-O-Reenee‚Äôs is his first solo show for more than ten years.

Chris has also written three unpublished novels: Ted and Pterry; Knitted: the Adventures of Laika-Toetoe and The Unfamiliars.

Chris has an MA from Oxford University and a PhD from Middlesex University. He has worked extensively in many African countries, usually in collaboration with contemporary artists. His major commissions on the behalf of the BM include Ceramic Object (2000) by the Kenyan-born British artist Magdalene Odundo OBE, The Tree of Life (2004) by Mozambican artists Kester, dos Santos, Nhatugueja and Mat√©, La Bouche du Roi (1997-2005) by Beninoise artist Romual Hazoum√©, and The Moko Jumbies (2017) by British Trinidadian artist Zak Ov√©.

Chris is a trustee of the October Gallery and of The Africa Centre ‚Äì and is proud to be a member of Vout-O-Reenee‚Äôs. 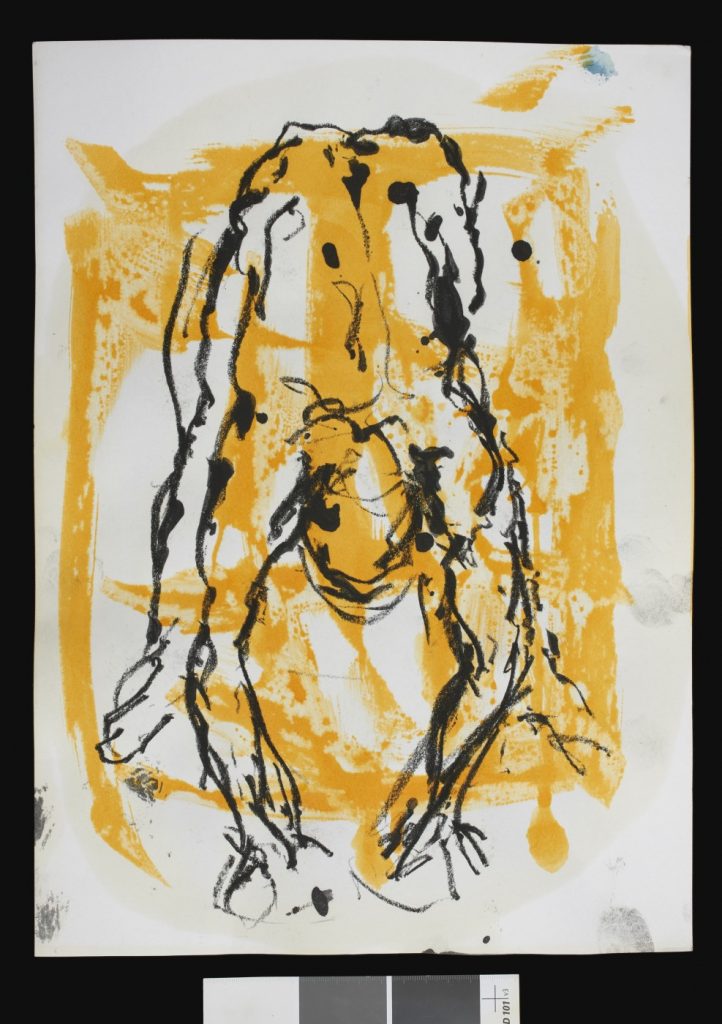