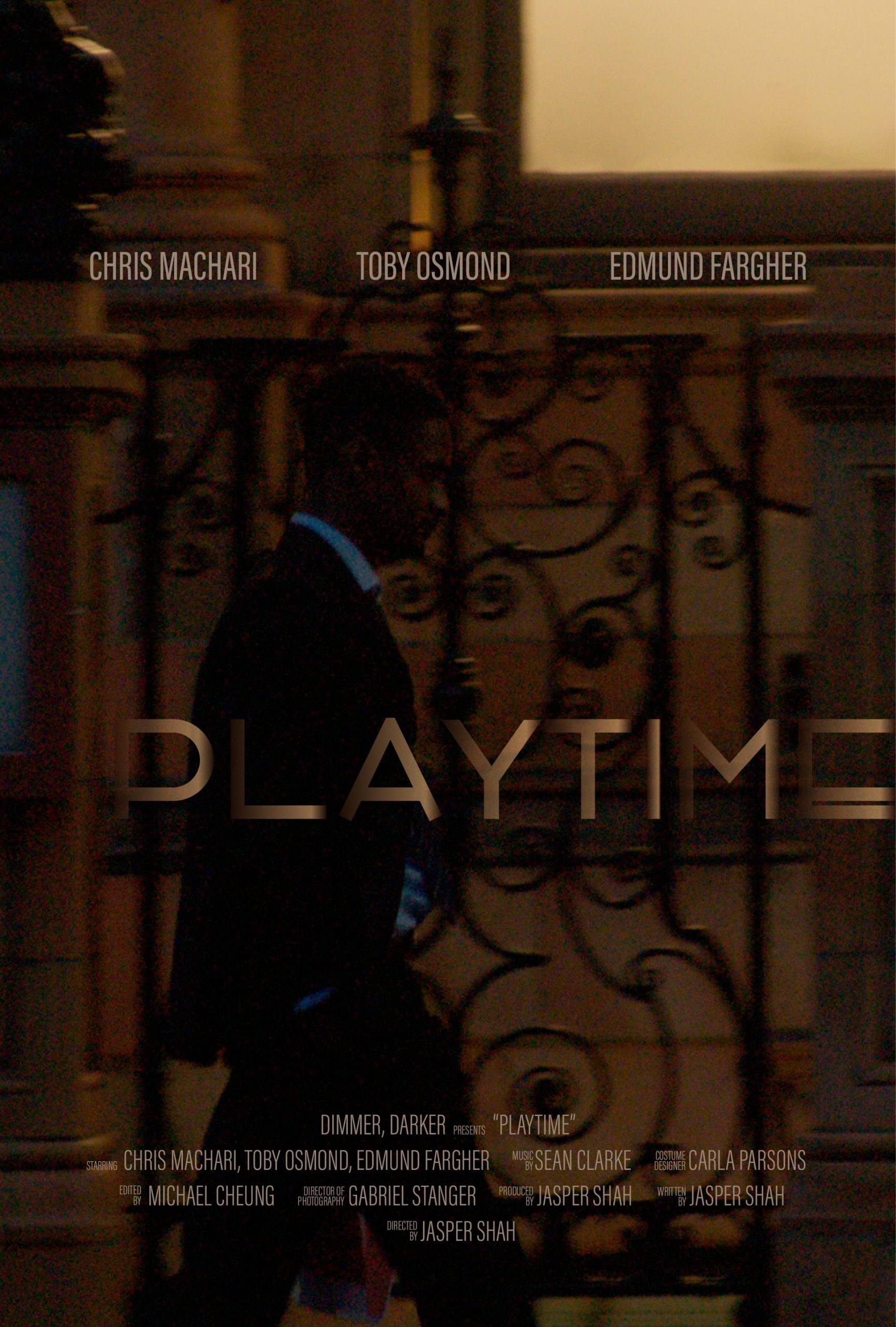 You are invited to – Playtime   Drama | 11 minutes

Written and Directed by Jasper Shah

There will be drinks and chatter after film showing at 8 be early to grab a seat.

Jasper has been writing, directing, and producing short films since 2013, beginning with THE FORGING OF A ROMANCE, a silent film shot with just himself and two actors.

In 2015 Jasper’s student film NIGHT JOURNEY won the school’s Best Film award, and his subsequent film VISTA LAKE was nominated for the Gold Movie Awards Best Film of the Month, and went on to screen at the Columbus and Oregon International Film Festivals. His latest film PLAYTIME is the second collaboration with cinematographer Gabriel Stanger, and third collaboration with music composer Sean Clarke.