Performance – the movie, introduced by the producer Sandy Lieberson! 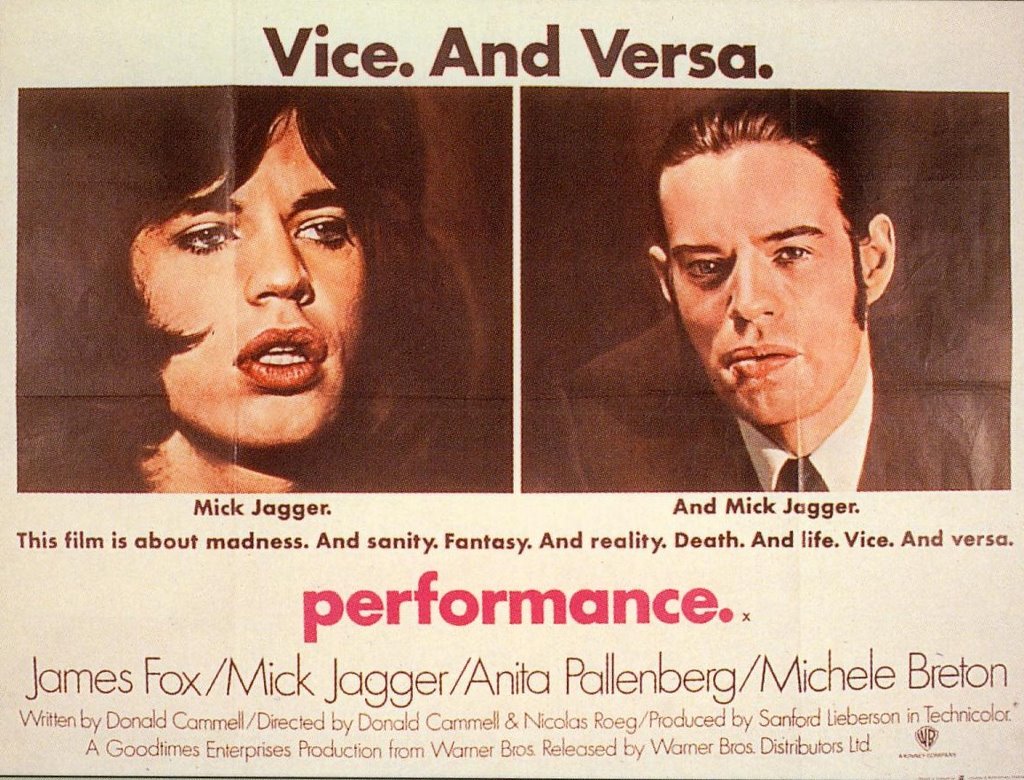 Sandy Lieberson produced his first movie ¬ÝPerformance in the late 60’s it was released in 1970 but still exemplifies the archetypal British gangster movie. Dark, druggy and deadly. It stars Mick Jagger, James Fox and Anita Pallenberg. Dir by Donald Cammel and Nicholas Roeg.
Sandy was born in LA, moved to the UK after being an agent for Peter Sellers and Richard Burton. He has made films as diverse as Absolute Beginners to Rita, Sue and Bob too. ¬ÝHe set up the first producers course in the Uk, he judges on film panels across the world. What Sandy doesnt know about film aint worth knowing!