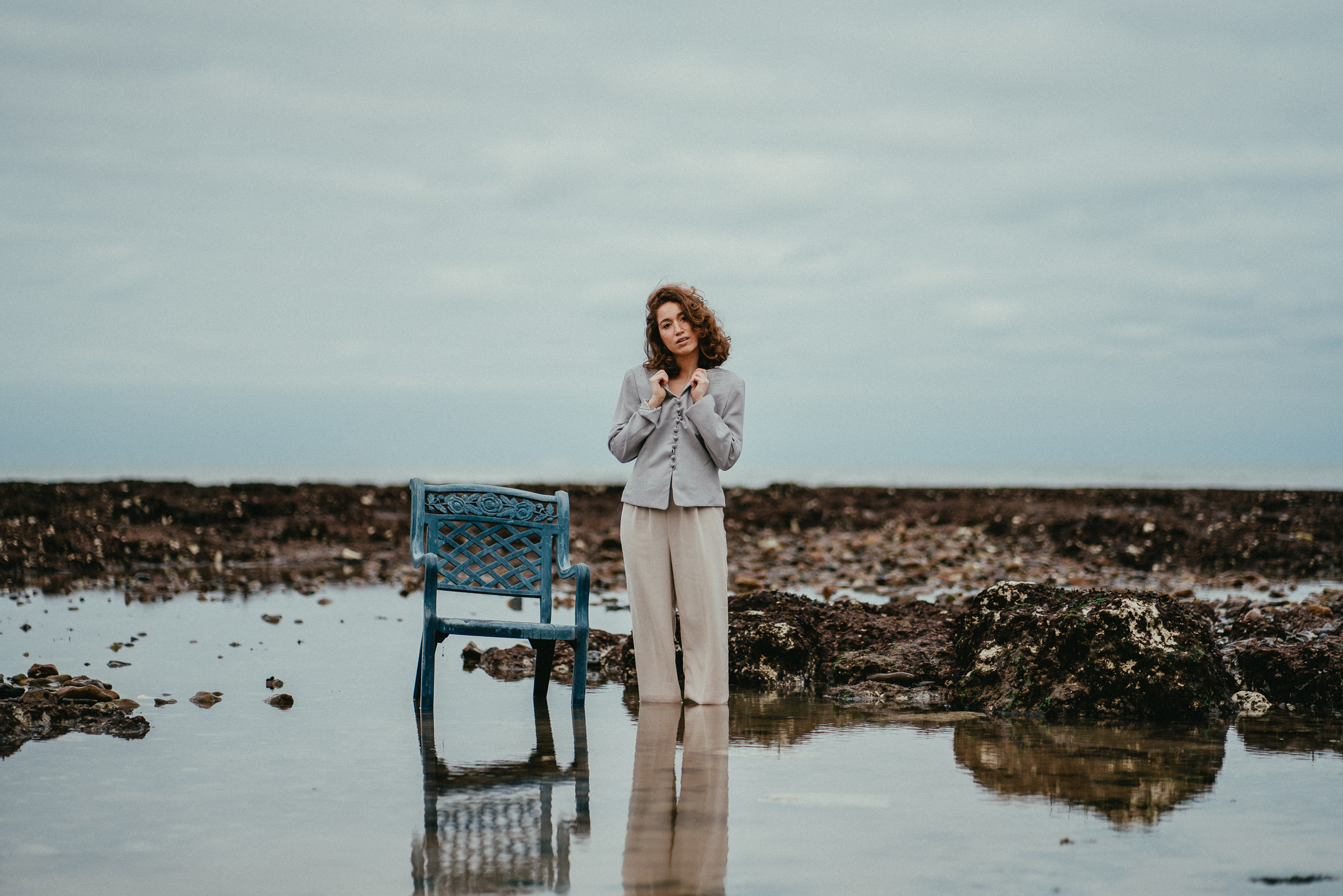 Tickets available on Eventbrite HERE. Members half price on door.  please state VOUTMEMBER for Half price.     Photo by Parri Thomas.

Critically acclaimed singer-songwriter and all round creative Marie Naffah has the unique ability to unite people around a shared experience, and this is what truly sets her apart as an exciting star on the rise. With her recently released single ‘I Want More’ landing the coveted ‘Spotlight Artist’ slot on the Independent, as well as a glowing write up on Line of Best Fit, Marie is set to release her new EP ‘Trains’ on 27th May 2022 via Frictionless Music. Her second single ‘Run Away With Me’ received high praise in Wonderland Magazine. The four track EP is yet another insight into Marie’s natural gift for telling vivid stories through her songwriting, tapping into the carefree escapism that can sometimes feel impossible.

Alongside an intimate performance of the EP, Marie will also be joined by three guests for an exclusive performance of a classic song. The London singer / songwriters Celine Love, Fox Gunn and Viia recently joined forces with Marie to celebrate International Womxn’s Day with their tear-jerkingly powerful rendition of Aretha Franklin’s iconic ‘Natural Woman’. All proceedings from the single go to LOOK UK’s South Asian female support group to help visually impaired women.

You can watch the video here.

Celine, Fox and Viia will each be opening the evening – sharing a couple of tracks from their latest projects.

Originally from Hamburg, Celine is an indie-R&B artist based in London. Her debut EP ‘Aquarius SZN’ was released last month, to widespread acclaim. Celine draws in her audience by telling stories with expressionism and self-discovery and angstful honesty at its core. Being of African-American, Jamaican and German descent, her background is a frequent point of perspective within her music.

Born in Barcelona on a Friday night, FOX GUNN is a singer/songwriter who blends dark

alternative pop with her rock roots. Having performed and released music for several years with her former band LULALONG and played both in the UK and Europe, Fox is now embarking on a solo journey of moody, empowering lyrics with strong queer narratives and is on a mission to make vulnerable badass: in a world where it seems like being emotional is for the weak, she turns the tables and sees it as a brave, authentic trait – which translates into her music in the form of headbanging drums mixed with heartfelt lyrics.

Fox is currently busy in the studio, with her debut single set to come out this March.

Dark pop singer-songwriter Viia was discovered at the age of 12 and has been plotting how to disrupt the industry ever since. From an early age, Viia devoured poetry and this gave her ways of viewing and writing about her lived experiences, which she does with unnerving precision; her lyrics at times devastating and assertive. The likes of The Arctic Monkeys and Florence & the Machine inspired her to craft songs that were unafraid and unapologetic; heart-on-sleeve moments that strike at the heart of what it is like growing up.

Listen to Viia’s new EP ‘Am I Ready Yet?’ here.