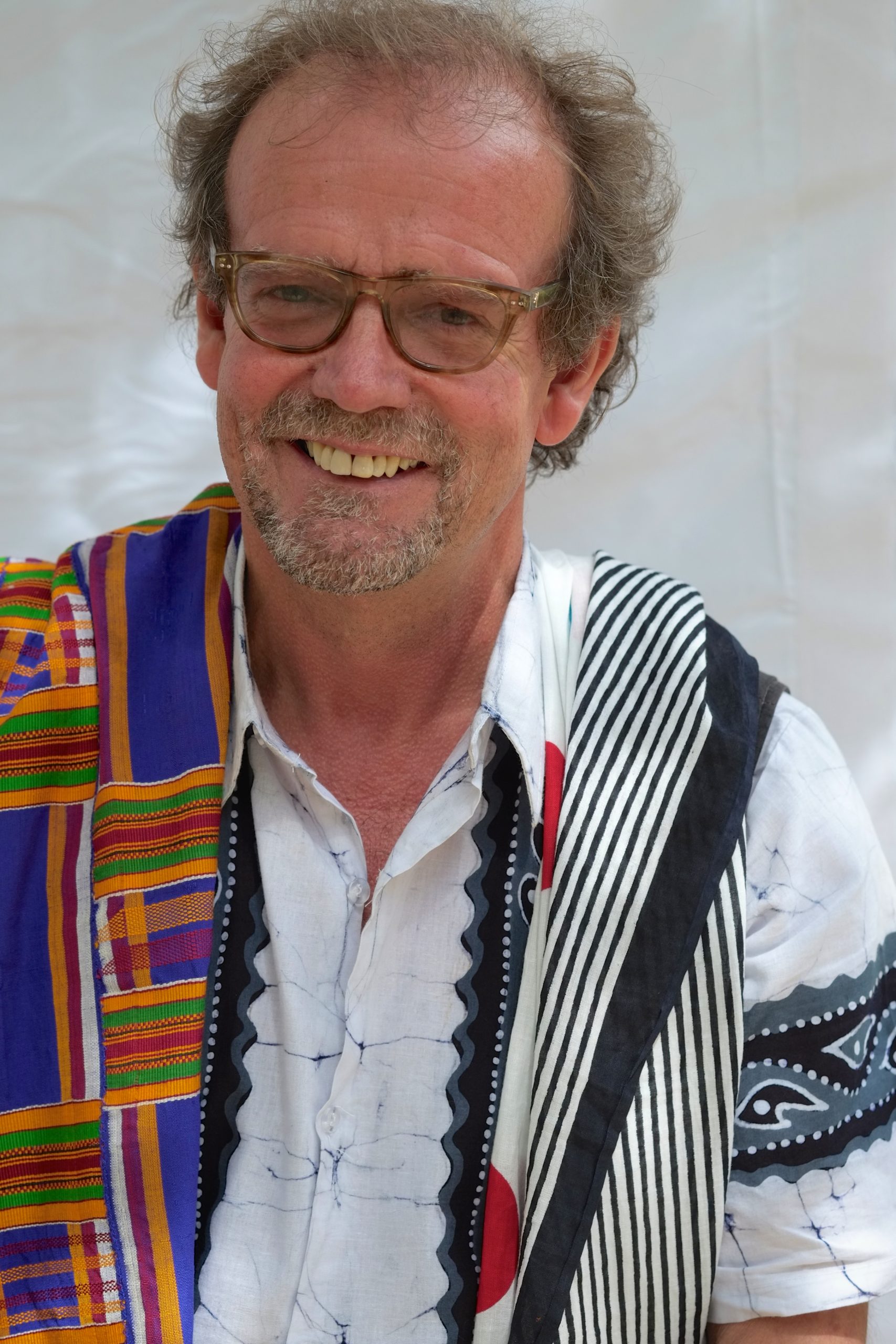 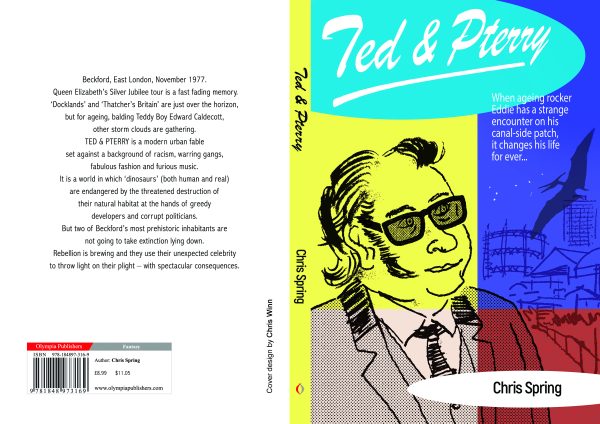 Chris Spring is an artist and writer. He has had solo shows in recent years at The Stash Gallery, Vout-O-Reenee’s (2019), at JG Contemporary Gallery (2021) and at TM Lighting Gallery (2022). He has also curated many exhibitions on the arts of Africa at the British Museum and other venues, most of which featured work by contemporary artists, including: The Sainsbury African Galleries (2001), La Bouche du Roi by Romuald Hazoumé (2007), Social Fabric: Textiles of Eastern and Southern Africa (2013), South Africa, Art of a Nation (2016) with John Giblin, Human Nature: Barthélémy Toguo (2019). His books include Angaza Afrika: African Art Now (2008), (Winner the ART BOOK AWARD for 2009), African Textiles Today (2012), (Winner: Choice (USA) award for outstanding academic title) African Art Close Up (2013) and South Africa, Art of a Nation (2016) with John Giblin. Chris is an ambassador for The Africa Centre, London and a trustee of the October Gallery.

Ted & Pterry is his first novel,  a 1970s fable of East London in which ‘dinosaurs’ (both human and real) are endangered by the threatened destruction of their natural habitat at the hands of greedy developers and corrupt politicians bent on creating a ‘Bankers’ Paradise’. But two of the Borough of Beckford’s most ancient inhabitants are not going to take extinction lying down. Rebellion is brewing.

One of those ‘dinosaurs’ is Edward Caldecott, a.k.a. Eddie the Ted, an ageing Teddy Boy who grew up believing he was the reincarnation of the American rocker Eddie Cochran who died in a car crash while touring the UK in 1960. Eddie is torn between living the life of an Original Ted in and around ‘his’ pub, the Samson and Delilah, and holding himself to his vow of  ‘shedding the Ted’ when he reaches a certain age, a promise which he made to his long-suffering girlfriend Maureen, who is of Jamaican heritage, when they first met ten years earlier. As the book opens that decision time is fast approaching. Eddie does battle with racist skinheads who he sees as a major threat to his elderly parents, to the safety of Maureen and her twin sons – and to his and the Teds’ way of life.

Dwelling in the realm FANTASY REALISM. It should also appeal to anyone interested in recent urban history, particularly of London, and in popular culture and music history. The book blends elements of comedy thriller, fantasy and the pathos of serious social issues.

Ted & Pterry is the second of a trilogy of books, all set in a fictional east London tower block, Paragon Mansions – ‘The Tower Block Trilogy’. The first, KNITTED, is set in the late 1950s, the third THE LUMINARIES, is set in a dystopian 2066.