The Sraƒçok & P√∂hlmann edition of Missing is a limited edition (50 copies) collection of 100 watercolours which will feature in the exhibition.Brian Dawn Chalkley is a London based artist whose work is an ongoing discussion of gender, sexuality and identity. His work is based around two characters, Brian and his transvestite personality, Dawn. The construction of narrative and story telling are central to the work.
Sraƒçok & P√∂hlmann, founded in Susak (Croatia) in 2006 by Herman Sraƒçok and Rupert P√∂hlmann, has long been a vital force in the contemporary art scene. It supports the work of leading contemporary artists as well as putting forward new and exciting artists, presents a broad and critically acclaimed program of exhibitions to a large public through international exhibition spaces in London, Susak and New York. 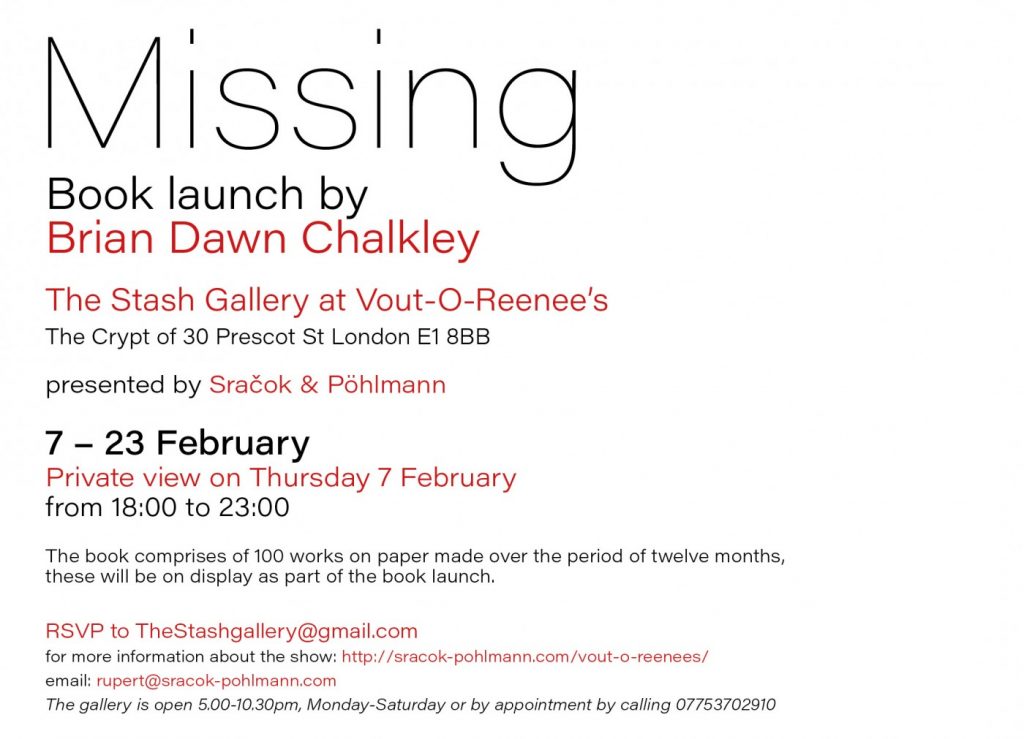