Wilma – A Cat Amongst the Dogs 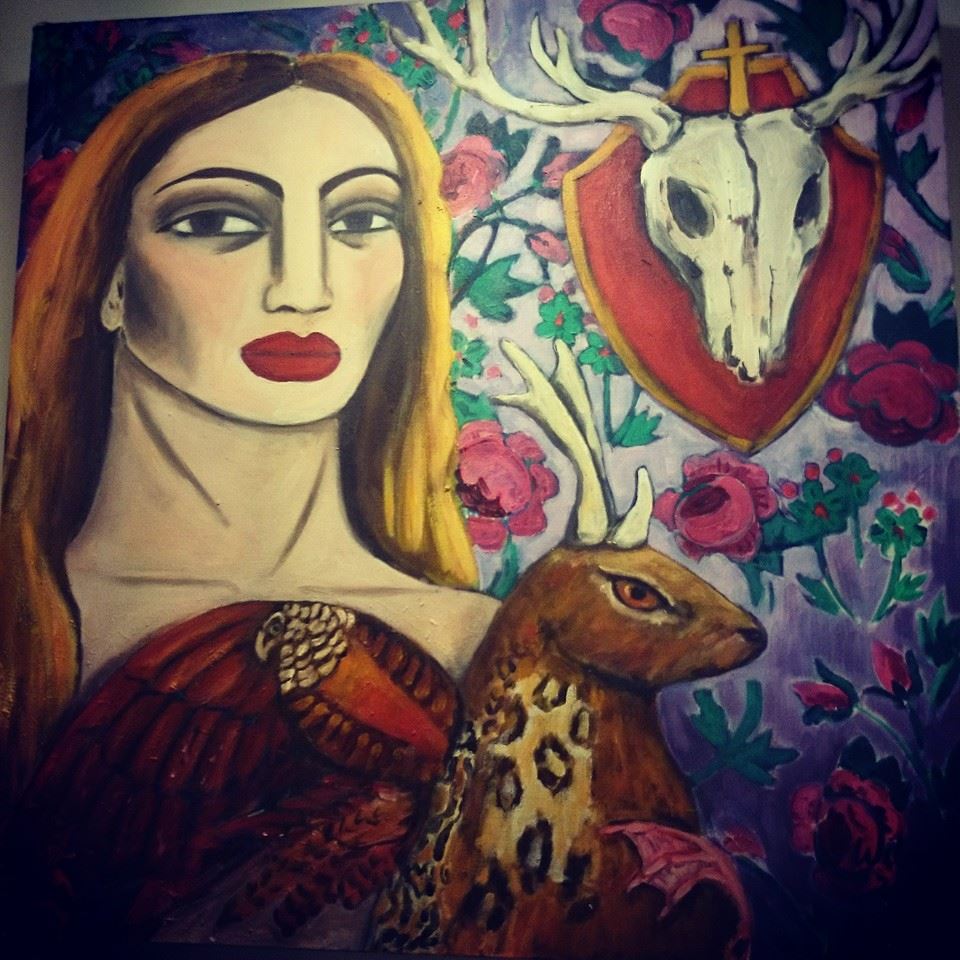 Sometimes you meet people in life and straight away you know that they are entirely original, not a carbon of something they saw in a film or on the telly or ¬Ýa character they might have assumed from a book or a comic. They are of their own¬Ýmaking. That was Wilma from the ¬Ýfirst day I met her at St Martin’s School of Art in the Charing Cross Road 1 979. ¬ÝAlways a cat amongst the dogs.
I later learnt that she had changed her name from Caroline in homage to the Flintstones character Wilma, but who on earth would do a thing like that? Cartoons were named after the real life(yogi Bear after baseball star Yogi Berra) not visa versa. She has reinvented herself many more times, from Mexican Iguana hunter to Icelandic seal woman, ¬ÝDingle Bay Housewife into a Biarritz Surf Mama, and will no doubt do so again.

She was painting extraordinary deep dark oils of original and sensuously eternal subjects. ¬ÝThen she started taking off her clothes and body painting, enticing everyone into a Neo Naturist world from the Binnie sisters to Grayson Perry. This year a terrible fire happened at her mothers house where many of her backlog of 30 years of painting hung. very few have survived. Many would have given up painting altogether but that is not Wilma’s spirit.

This fabulous collection of famous owners and their dogs she painted for the Art Car Boot Fair 2015. Gouache on paper. This is a chance to own something by not only an amazing artist but a brilliant painter who truly celebrates the female spirit of power and beauty. Of the ‘special’ relationship of dogs and their owners and how they reflect and morth into each other.

For two weeks only. There will also be a chance to buy the last remaining copies of hardback Surf Mama by Wilma of her extraordinary life.(it’s just been published in PB and also in France, whilst a film is in the offing )