The Befuddled Box of Betty Buttifint by Janis Pugh 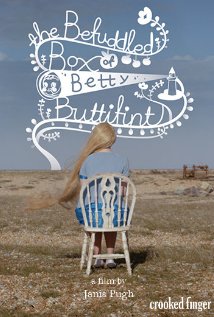 A rare chance to see the first feature by Janis Pugh(one of Vouts treasured members) that sings and drifts through a wonderland of character and images as Betty tries to make sense of them all. This is as far from Film Realism as you can get and in the other direction so Welsh and unHollywood(Re Still Alice) but it doesn’t mean that it is unrealistic by any means. Pugh is a poetic film maker and as we all know poetry is the truth of the soul. Perfectly apt re the governments sudden obsession with Alzheimers and Dementia. Miss at your Peril!