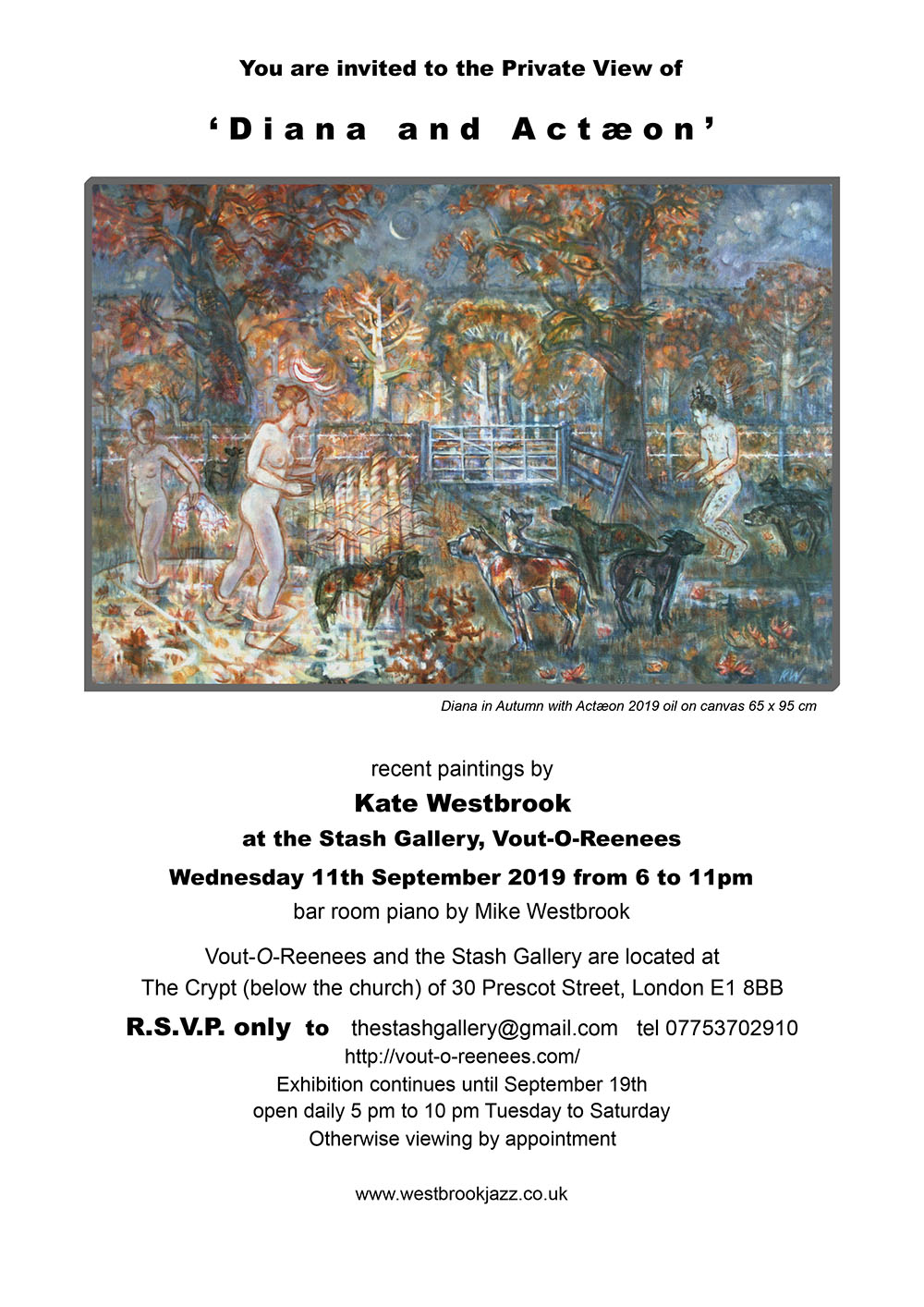 Kate Westbrook might be better known as a singer and lyricist with her husband Mike Westbrook and their band.But her paintings have been happening a long time and this is a celebration of her art wih a brush and her obsession with mythology.
Diana and Act√¶on
Following in the tradition of Classical Fine Art and inspired
by Gainsborough‚Äôs watercolour study, Kate explores the myth
of Diana and Act√¶on.
Written by the poet Ovid in his Metamorphoses, the myth
describes the fatal encounter between the hunter Act√¶on and
the Goddess Diana. Enraged that a mortal has seen her
bathing naked, Diana splashes water upon Act√¶on, he
transforms into a deer and then is killed by his own dogs.
Westbrook‚Äôs Diana and Act√¶on are placed in the landscape of
Dartmoor, an enthralling and inexhaustible subject she has
been enjoying for decades.
Westbrook lives in Devon. She trained at Bath Academy of
Art and Reading University. After graduating, she lived for a
number of years in the USA and had her first solo show at the
Santa Barbara Museum of Art in California. Since returning to
the UK she has exhibited regularly and gained a reputation
internationally both as a painter and jazz musician.

Many Musicians paint as well as play… And tonight there will also be a secret gig by jazz giant Mike Westbrook live¬Ý on piano ! where else could you find this… but Vouts!