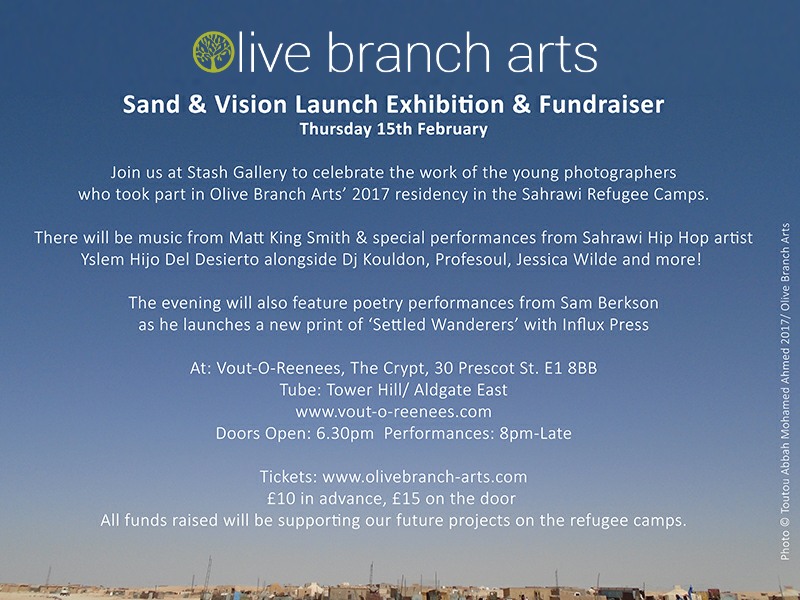 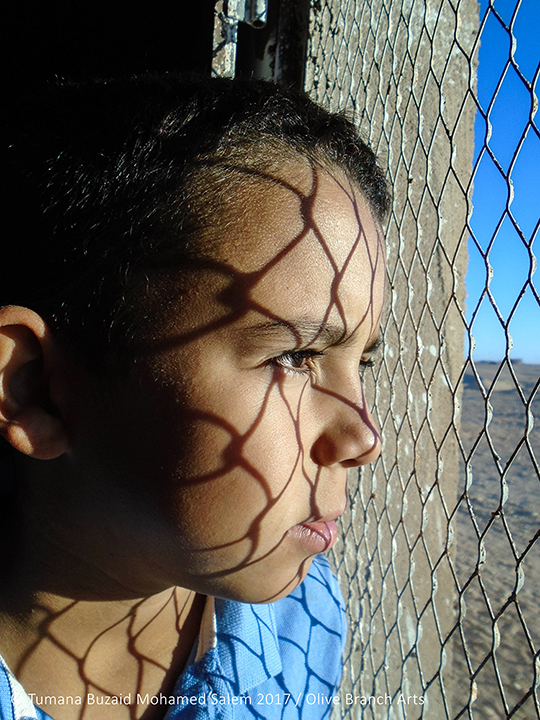 Join us at Stash Gallery to celebrate the work of the young photographers who took part in Olive Branch Arts‚Äô 2017 residency in the Sahrawi Refugee Camps.

Olive Branch Arts has been working on the Sahrawi Refugee Camps in SW Algeria since 2010. In that time we have run annual Youth Theatre Projects, a Therapeutic Research & Training Project, delivered Creative Arts training for teachers within the Special Needs Schools and have engaged creatively with the residents of the Land Mine Centre.

In 2017 we ran our first participatory photography training and music research project. Our event at Vout-O-Reenees is a celebration of the young refugees photography work and an evening of poetry & music inspired by visits to the camps. All proceeds raised on the night will go towards our 2018 Sahrawi project.

The aim of our projects are to take the young people out of their everyday lives & offer some respite from an extremely difficult & challenging living environment. Our engagement shows them the outside world is interested and aware of their story and gives them a creative outlet to process their political and social experience. The Sahrawi strongly believe in the power of art & culture as a means of bringing their plight to an international audience, our projects arm them with the tools and skills they need to do this.
¬Ý

Western Sahara is the last colony in Africa and the site of a protracted territorial dispute between the Moroccan Kingdom, which claims sovereignty and the Polisario Front, the Sahrawi liberation movement that seeks independence. The majority of Sahrawis are refugees today in one of the harshest deserts in the world. Despite extreme hardships, the community has managed to build a democratically run nation in exile where women play a prominent role, defying Western preconceptions of Arab-Muslim societies.